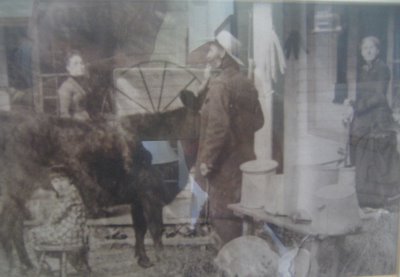 The Rolling Stones are in town tonite. Yawn.

Bloated, meaningless bombast. One of my favorite bands...who haven't released, or done, anything relevant for thirty years. Gad. Ugh. I can't face a 15 minute "Satisfaction", when I'd rather be listening to some 14-year old kid beating out a shitty version of the song on his Sears guitar in his bedroom. Context, I guess.

Or I'd rather stay in and listen to the feller who's songs I'm presentin' for your enjoyment today.

Remember Will Oldham(Palace)'s album "Days In the Wake" (or Michelle Shocked's "Texas Campfire" thingy)? The way the voice hugged the microphone over the subtlest of strummed guitar. The (alledged) sounds of trucks and crickets and campfire crackles lending the proceeding an authentic rustic feel. Back porch music, I s'pose.

Cast King does 'em one up. Recorded in a shack up on Old Sand Mountain, Alabama by budding Harry Smith/Alan Lomax novice Matt Downer, the twelve tracks on Saw Mill Man are a revelation of lost America. King is no novice or practitioner of "naive" or outsider art. He's a 79-year old man who's played music all his life, led the band "Cast King and the Country Drifters", and had an 8-song recording session with Sam Phillips at Sun Studios.

Leaving the band and any attempts at a music career behind in the 60's, King, for all intents and purposes, disappeared. Until Downer, by luck or by design, tracked him down for an ongoing series of weekly "pickin'" sessions in that aforementioned shack.

The tracks from King's debut(!) album, Saw Mill Man, come from those sessions. Not so much produced, I'd guess, than just "leave the tape running and play", it's a fantastic, gritty portrait of an artist weary and traveled. Country in the most primitive of settings, but it's not rough, meaning not novice or backwoods in presentation. King's voice, Lee Hazlewood and Johnny Cash sharing a jug of moonshine, is strong, his playing assured. But it most certainly is not slick. Nope, back porch music (reminds of the early Fat Possum "rediscovered" Junior Kimbrough recordings countrified) the way god intended. As his bio indicates, "it's a revelation of self penned murder ballads, heartbreak songs and some of the finest drinking numbers you're likely to hear."

Support your local record store.
Posted by Brian K Reese at 6:54 AM 4 comments:

Bring It To Jerome 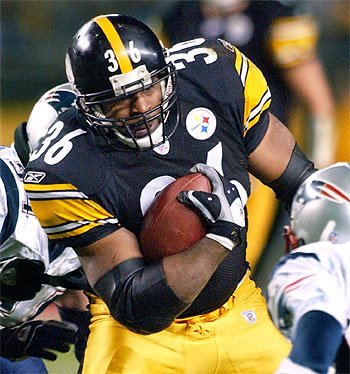 Ok. I've waited long enough. The (written) subject of this post my not be to everyone's taste, but you can scroll down and grab some swell tunes by an American Master.

I grew up the 70's, long bout the southern Ohio/West Virginia border. My pappy was born and raised in backwoods Pennsylvania coal mining country. One of my only memories of my father was Sundays on the couch, watching the Pittsburgh Steelers, me trying to understand what the hell was going on, him trying his best to explain. Some of the best days of my life. 4 Super Bowls. It was an impressionable age.

Sports can be a pretty obnoxious endeavor, there's much to despise in the current sports frenzy. It can represent all that is wrong with society: greed, ego, spectacle. But sports can also work to forge identity and sense of community. A favorite team doesn't just play for itself, it represents a city, a state, a country (look at football(soccer to us ignant 'mericans) furor around the world). When your team wins, you win. Ask Red/White Sox fans about that.

One of the nicest guys in sports is headed back to his hometown of Detroit, Michigan, for the spectacle that is the Super Bowl. While sports figures are getting arrested, concocting ridiculous end zone dances, and destroying their teams from within, Jerome Bettis has quietly represented all that is good in sports, taking salary cuts to remain with the same team, founding charity after charity, and conducting himself with dignity and grace on and off the field.

Bo Diddley may be the true King of Rock'n'Roll (heresy!). Who knows? He's one of the favorites here at the Mountain, that's for darn tootin'. [edit: Diddley's real name is not Jerome...that's his "maracca-man". Thanks to "anonymous" and vivamonk for pointing out my egregious and embarassing error. Diddley's real name is Ellas Otha Bates McDaniel. I'm going to lose my license to post muscic if I keep this up. I'm still sticking with the sentiment and the song, though.]. Bring it to Jerome indeed.

Thanks for your patience.
Posted by Brian K Reese at 8:25 AM 7 comments: 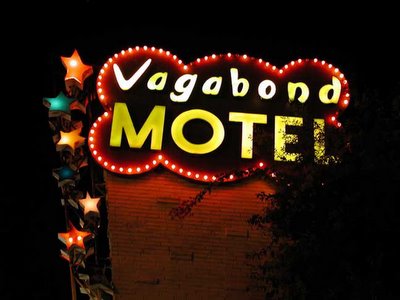 What to do with Howe Gelb? His catalogue reads as intriguing as Bob Pollard's and Billy Childish's. Not so much in sheer amount of songs, nor in style, but in cussedness, amount of albums, and use of moniker. It's hard to keep track of Gelb's side projects, much less his (relatively) full-time gig as Giant Sand.

I've referenced the phrase "burnt desert music" before, and Gelb (along with fellow cactus firestarters Joey Burns and John Convertino) seems to be the picture in the dictionary. His sandblasted voice adds the slow, claustrophobic, blaze to the arid expanse of sounds surrounding him (I believe he still makes his home in Arizona). It takes a side-project, or twenty, to channel the wandering wonderer within.

Gelb's always been a little of both kinds of music, country and western, and he goes full-bore desert tonkin' with his alter ego, The Band of Blacky Ranchette. Featuring varieties of the alt-country cream in Richard Buckner, Neko Case, M. Ward, Kurt Wagner, and Dallas Good of the Sadies, Still Lookin' Good to Me is a hazy drawl of a C&W album. Creaking along mesa-spiked roads past ghost trains and forgotten spirits, Gelb and his cohorts kick up the dust on the creaky boards of forgotten taverns set far back from the highway.

"Train Singer's Song" is a last will and testament. And in "Getting It Made", Neko Case and Richard Buckner play John Prine and Iris Dement, in a call and response of desperation and grit.

The Band of Blacky Ranchette: The Train Singer's Song(mp3)

The Band of Blacky Ranchette (with Neko Case and Richard Buckner): Getting It Made (mp)

Check out your local independent retailers.
Posted by Brian K Reese at 6:55 AM 3 comments: 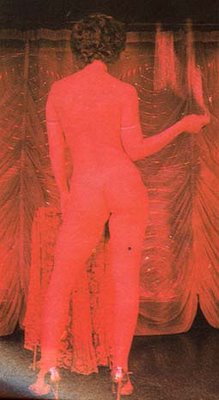 Quick one (while he's away) today. Laziness, weariness, bleariness: one or all of those.

Little something, then, to make your weekend groovier. From the Show Stoppers, a classic soul party anthem. Ok, daddy-o.

Show Stoppers: Aint Nothing But a House Party (mp3) 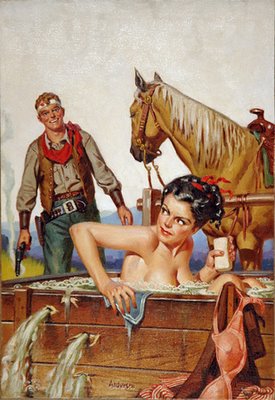 Locust Street is finishing up with it's 7 Drinks of Mankind. You should head over and take a look, listen to some Sons of the Pioneers and Marty Robbins.

Now, what to do with Ferlin Husky. And this seems to be turning into favorite names week. It's his real one, too.

From honky tonk to rockabilly, pop country to truckin', you'd be forgiven if you thought Husky was a wee bit schizophrenic. His styles and sound varied widely throughout his career, even going, as the occasion demanded, under the aliases "Terry Preston" and "Simon Crum".

While Husky wasn't the chart busting megastar in the vein of some of his friends and contemporaries (the very notable exception being the monster chart smash "Wings of a Dove"), he certainly carved his own identity (all of 'em) amid the variety of sounds bouncing off his platters.

"Draggin' the River" is a Sun-inspired (or inspiring) honky rave-up. "Truck Driving Son of a Gun" is part of a surprisingly large body of truckin' songs Husky recorded. "Timber I'm Fallin'" is a tambourine-shaking, rollicking, honky tonk piano-led boogie. And "Bop Cat Bop" is a rockadangbilly treat courtesy of alter-ego, Simon Crum. 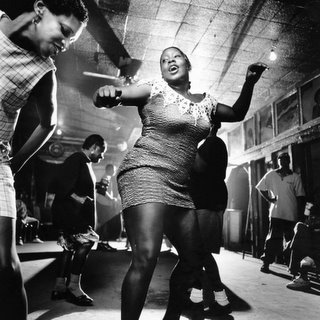 Texas bluesman Peppermint Harris (one of my favorite blues monikers)made his name with "I Got Loaded", a booze anthem that hit the R&B charts in the early 50's. Drinking songs were popular at the time (see Mountain favorites Wynonie Harris and Amos Milburn), and Harris got trapped making slightly more inferior songs in a similar vein, a victim of bad marketing. Nevertheless, he charted with hits a few more times before the market moved away from the blues into rock'n'roll. Harris continued to record, tour, and pen songs for other Blues notables until his death in 1999.

"I Got Loaded" is classic jukebox rhythm and blues. And "Cadillac Funeral" seems just about right, so far as the Mountain's concerned, for the big send off.

Peppermint Harris: I Got Loaded (mp3)

Thanks for stopping by.
Posted by Brian K Reese at 9:50 AM No comments: 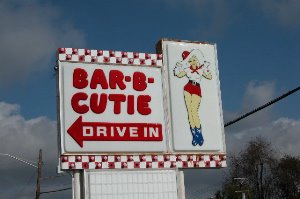 Stuck in the doldrums of winter? Already missing the sounds and smells of summer? Then head on over to your local Bar-B-Q joint. It's cold outside, but it's warm and flavorful inside.

I'm addicted to those odd little compilation cd's and box sets you find in used and independent-type record stores. Put out by semi well-known (Rhino, Ace, and Crypt, to name a few) and obscure (nonexistent?) labels, they feature titles like "Ham Hocks and Cornbread", "Rock the Joint", "Truck Driver's Boogie", and "Jook Block Busters". The sound quality is often poor, the tracks are underproduced, one-offs, or first takes of songs made famous elsewhere or in glossier versions, and most of the artists exist outside the set only on the most obsessive of collectors' hifi's. Not every track is a winner by any stretch of the imagination. There's a reason some music remains unknown. But usually these collections are filled with rough gems and peeks into the origins of rock, blues, r&b, country, you name it. Regional hits, coulda-beens, hasbeens, never-beens. I like shit like that. 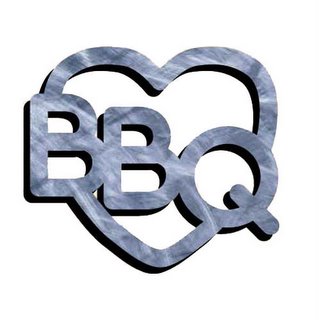 One of my favorite recent finds (and cheap!) is the album "I Love Bar-B-Q" . 16 rollicking soul, doo wop, garage, funk and blues tunes all about, you guessed it, barbecuin'. It'll tickle your ribs (sorry). It appears to be out of print, but was released on Rhino, so it shouldn't be too hard to find (and no, I'm not taking money from them to push their records this week). We like albums that play well at parties, and this'un's a perfect platter for the weekend. Here's two finger lickers for your listening pleasure. The first tune, by Wendy Rene, has moved itself way up on the Mountain's list of favorite songs, all hand-clappin' rhythm and shimmy shake backyard, neighborhood soul.

Check out your local, independent record store for the latest and oldest in slow-cookin' goodness.
Posted by Brian K Reese at 7:25 AM 3 comments: 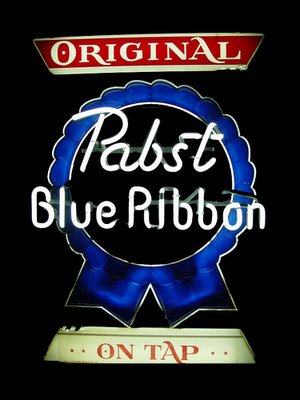 Got some good stuff planned. Oh yes. But I'm still getting my head screwed back on, as it were. Gonna have us a barbecue party in a couple of days, right here in these very pages. Get ready for some finger lickin'.

Til then, in the recovery interim, here's a little treat from the Children of Nuggets box set I mentioned a week ago. It's a Midwestern surfin' ode to one of the Mountain's favorite things, courtesy of the rockin' Deke Dickerson and his Untamed Youth.

Enjoy a fine brew at your local record store. Share it with the bedraggled clerk. They could probably use one too.
Posted by Brian K Reese at 6:30 AM 2 comments: