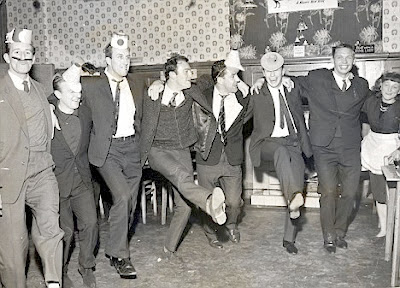 Hey everybody!  What's goin' on?

If y'all got a free weekend on September 22nd, come on out to Cleveland, Ohio for another iteration of the Deep Blues Festival (20 bucks...obscenely cheap!)!  One night (a Saturday), 9 bands, including headliner Bob Log III, Robert Belfour, Molly Gene, Ten Foot Polecats, The Scissormen, the mighty Husky Burnette, and more killer bands!  You can fly or train(our choice, naturally) it in on Saturday, head home on Sunday, no work lost, and a party all day and night!  We'll be there, of course.  So should you!

In that that tradition, let's talk about the new record from Reverend Peyton's Big Damn Band, "Between the Ditches"!


Rev. Peyton's Big Damn Band is, in actuality, not a big band in terms of personage.  It's 3 folks, Reverend Peyton his very self (and his awesome beard), Washboard Breezy Peyton, and Aaron "Cuz" Persinger.  A family affair? But Rev. Peyton himself...he's a big damn man, in terms of stature and talent, and the record is a party from start to finish.

Get yr grill a'goin', throw on some corn cob goodness, some greasy BBQ, line up yr guests and get ready to boogie yr ass southern fried. Summer's fading, and this record's gonna take y'all to the promised land, fading sunsets and moon-howled grind!

That sometimes the band takes a break from sweat-inducing backyard rave-up, and allows for either slow, coleslaw-thick close-dancin', or well-traveled sense of place that demands a raised glass, only adds to the very nature of the vision of the record.  It's a travelin' record, primed for diesel and rooted to the very earth we walk.

You Can't Make Me Doubt 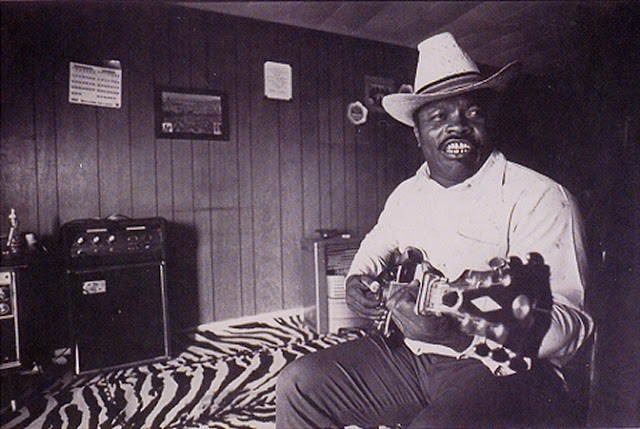 Got a special treat for y'all today.  A mighty artist recently exhumed by the essential Mississippi Records.

To be fair, we know nothing about Boyd Rivers, other than the info given to us via the liner notes.  So, pardon us, but we're gonna briefly quote:


"Boyd Rivers was born on December 25th, 1934, in Madison County, Mississippi.  He was brought up in the Church by his Mother and was influenced by regional musicians such as Clyde Maxwell and others, as well as his uncle, the Gospel Legend, Reverend Cleophus Robinson.

"Rivers started out on two nails and a wire on wall, and played Blues guitar as early as 13, but changed to Spirituals around the age of 19.

"Axel Kustner and Siegfried Christmann recorded Rivers later in the same year for the L&R Records series "Living Country Blues" and he appears on "Living Country Blues Vol. 11". A chapter was also dedicated to Rivers in Alan Young's book, "Woke Up This Morning", published in 1997 by the University Press of Mississippi. "

Rivers' voice has all the yearning and rumble of a prophet, from darkened door to neon-lit houses of ill-repute to the cobwebbed corners of the shining mansion on the hill, when the choir has gone home, and he's left to sweep the ashes of sin shed and glory and grace floating like motes in the sun-dappled beams of light.  Like Papa Lightfoot, edged with a growl and fabled into myth, a shrouded prophet, with an eye toward hypnotic, hallelujah geetar glory, a mumbled swaybacked picked and wobbled ecclesiastical sex'n'sin'n' salvation wagon ride.

Anyone interested in the very primal nature of American music should seek this record out.  It's a revival meeting hollerin' in a  jukejoint!

Boyd Rivers: That Fire Shed In My Bones (mp3)


Nothin' to say here....just keep supportin' folks who are keepin' the flame against the darkness of generic crap!