I Went Out Last Night 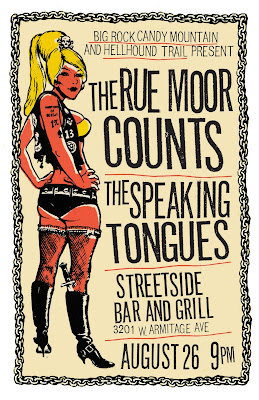 This is just the beginning...more to come.

Hell, just listen to what you're missing if you don't come out..

The Speaking Tongues:  Run To My Door (mp3)

The Rue Moor Counts: I Went Out Last Night (mp3)

Dead Six Pack In the Middle of the Road 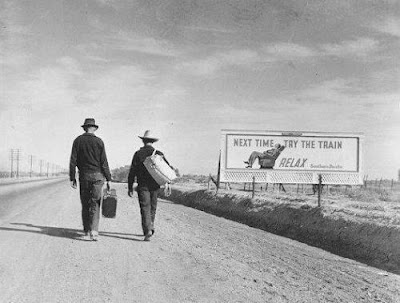 Woo Hoo!  Another round of our world famous Six Pack series!  Are you as excited as we are?

For those not in the know, we're gonna present 6 random tunes culled from our vinyl library.  Some tracks are from new rekkids, some are from older "wax".  Each song is a solid gold piece of prime sonic joy.  Goodness gracious!

"Sons of Stone" comes from the People's Temple long-player "Sons of Stone" (convenient, isn't that?).  One of our favorite records so far this year.  They kicked ass at the Blackout Festival, and this tune is a VU meets Mayan-chant piece of  droney brilliance.

The Nitty Gritty Dirt Band have released a ton of great records.  One of 'em's pretty legendary (you know which one).  Our favorite is actually Uncle Charlie and His Dog Teddy  And "Some of Shelly's Blues" is our fave rave track on that album.  That should tell ya quite a bit right there.

Found the gospel record "Shoutin', Wailin', Hard Drivin' Pop Gospel " by the Sweet Chariot Singers in an underground record store in Milwaukee.   It's well worth yr time to hunt this treasure down, cuz it's a wailer of a record...all hollerin' and hand-clappin' an sermonizin'.  Praise the lord!

Tom T. Hall is, well, he's Tom T. Hall.  A wry observer of Country tropes, on "The Little Lady Preacher" , he hits all the Country cliches we love so well (God, Booze, Sex), and throws in a twist that only he can do.  Take from the vinyl rekkid "In Search of a Song"

Kenny Price (the "Round Mound of Sound") keeps the country kickin' with a little precursor to Sheriff Buford T. Justice.  Not sure if this was an influence or not, but it's a grand tune about the "man" versus the freewheelin' brand of trucker glory!  From the killer record "The Sheriff of Boone County".

Finally, a great tune," Bobo Boogaloo",  from the essential Kid Congo Powers!  Taken from his In The Red full album as monthly 7" release, 5 Greasy Pieces.  We're willing to bet that this will eventually be collected, so keep yr eyes'n' ears peeled!  A perfect piece of jungle trash, garbage can groove to finish us off!

Just a reminder...these tune are ripped from god's favorite medium, VINYL!  Any inherent flaws in transfer are purely the fault of the so-called "digital revolution".  Buy these rekkids, get yrself a turntable (plenty of great ones to be found cheap at yr local Salvation Army), and have yrself a party!

The Nitty Gritty Dirt Band: Some of Shelly's Blues (mp3)

As ever, and ever and ever, amen....Support independent artists, labels, and record stores, if you can.  Fuck the man, maaaaaaannnn!!
Posted by Brian K Reese at 8:30 AM 3 comments: