Alone and Low as Low Can Be 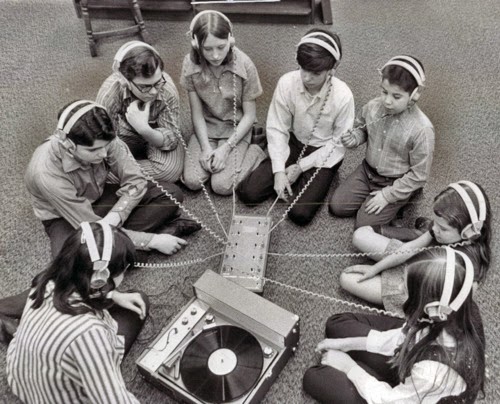 Our final round of the Big Rock Candy Mountain Best of 2014!!!!  We got the greatest 12 rekkids (comprising the, erm...Top 10...math never being our best subject) of the year!  Shame on anyone who says rawk is dead!  As long as we're drinking, dancing, rebelling, fucking, and smoking or inhaling funny stuff, the 3-chord wonder will always be there to carry us through those jukejoint nights and lonely days!

Ultimately, let's toss "rankings" out the window...every one of these rekkids is essential!

Sit back, crack a cold one, and enjoy!  We'll try to better in the coming year. 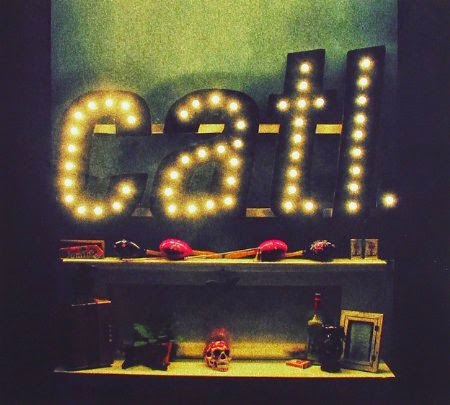 
catl continue to destroy stereos, with a blooze'n'groove assault, shoutin' over tribal rhythm, man/woman cave stomp, 2-person burning house, shuddered shotgun shack riddled in short sharp shocked primal kerosene, bang bang bang the neanderthal beat over nasty geetar strings on blistered ashes, the sound of fallen buildings and gutted basement, stained charcoal and blood.  One of our very favorite bands, who do no wrong and continue to raze the fields, lit up and bright red on the dial.  Worship. 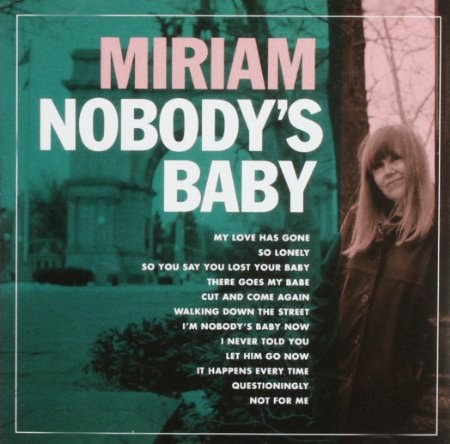 Miriam Linna (A-Bone and co-founder of Norton Records), spins out her first proper solo rekkid, a bubblegum/gurl groop/wall o'sound platter with a shade of wistful noir.  Summer days at the Tastee Freeze, nights at the drive-in, bad boys from the wrong side of the tracks, hot rods, and perfect eternal sound of broken hearts.  Lovely. 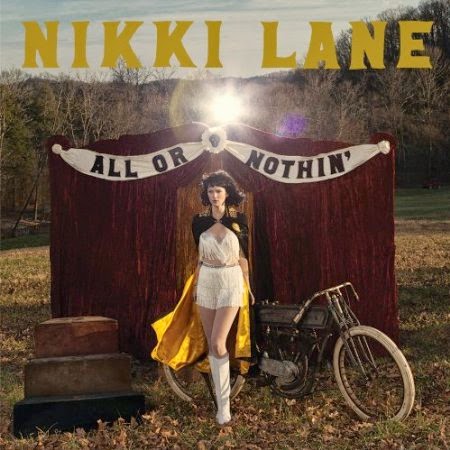 
Like Lydia Loveless, Nikki Lane extends a giant middle finger to the current signifiers of Women in Country music (particularly to the crop of so-called outlaw musicians, who peddle pseudo rebellion safely packaged in Nashville shine).  Her voice hearkening to the big boomers like Wanda Jackson and Neko Case, cocky and full of spit, the instrumentation ranging from desert noir to Owen Bradley lushness to barroom hoedown to dusty backroad ramble, it's a stunner of a rekkid, full of confidence, grit and lots of fuck yous.  Essential. 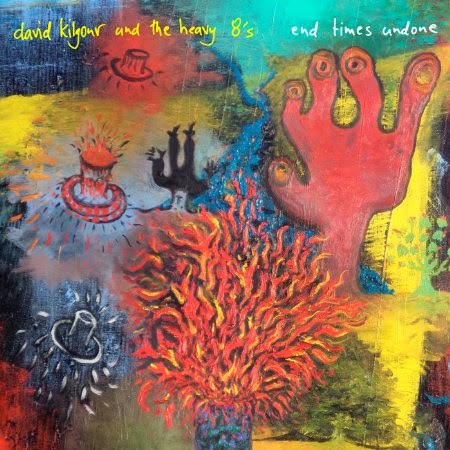 Kilgour (one third of the very mighty Clean) reunites with the Heavy 8's for another flawless rekkid of swirling, surging, jangled geetar, heavenly pop beauty.  Something in the water in New Zealand...drone and shimmered, autumnal and full of twinkled psychedelic stars, the milky way bright in frosted night, stand and say a small good thing, yes and yes again, beauty. 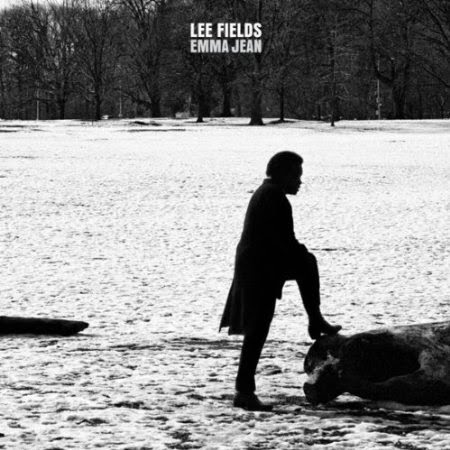 Classic Soul for the Now Generation, Fields does it cool, a rasped 'n' silken voice takin' ya higher! No studio'n'beats warbled nonsense, just horns and chicken scratch geetar, hollerin' and wooin', deep down rhythm 'n' blues, love and heartache...This cat should be huge...shake and grind, burn down the jukejoint! 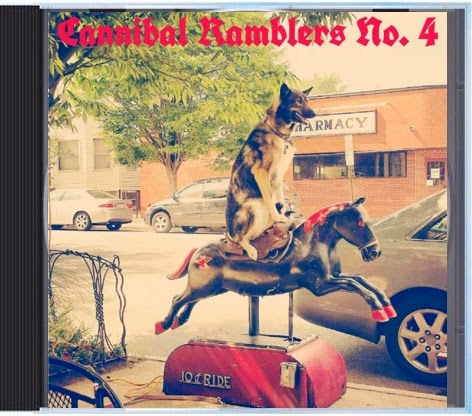 
Cannibal Ramblers: Last Night I Drank Too Much (live) (mp3) 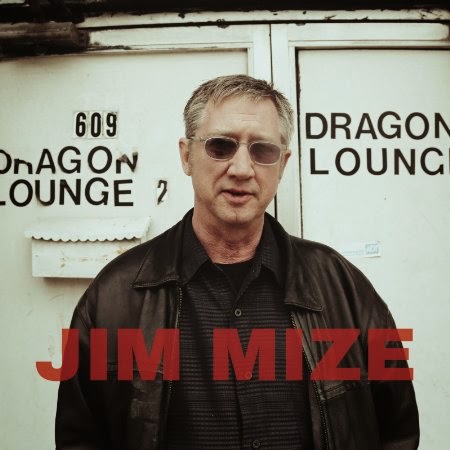 'Merica's true poet laureate...a songwriter worthy of whispered awe, with a rugged voice and ragged glory, the smallness human experience laid bare and transcendent...a whiskey at midnight, street lights through grimed windows shining blurry, figures appearing and disappearing in only snapshot instances, a story not begun or ended, but  captured halfway, alive for ticks of an eternal clock.  Live in space between the raindrops, we were here and this is how we briefly flamed and flickered. 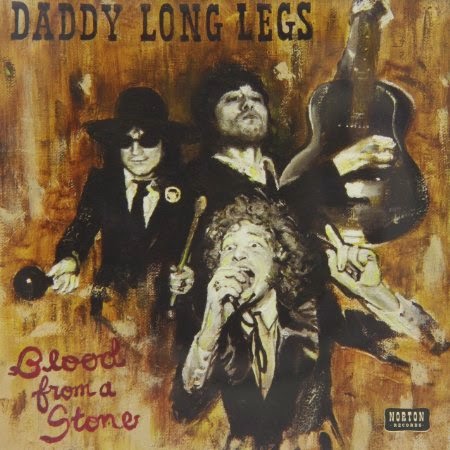 The band, a 3-piece, blows yr speakers with sonic jukejoint joy, wailing and stomping, harmonica blasting gravel roads into dirt tracks leading to an overhang of weeping willows, moonlight shining on a slow moving river, the barges battlin' with drift and silt.  That skiff oared by Huckleberry on a meth binge, throbbing speakers disturbin' gators and skeeters, the loud sound, the groove, the dirty down low.

Man, these cats know how to kick yr ass. 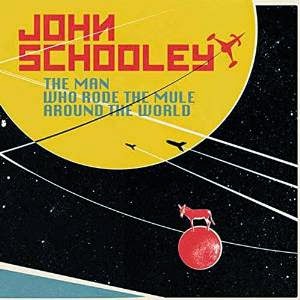 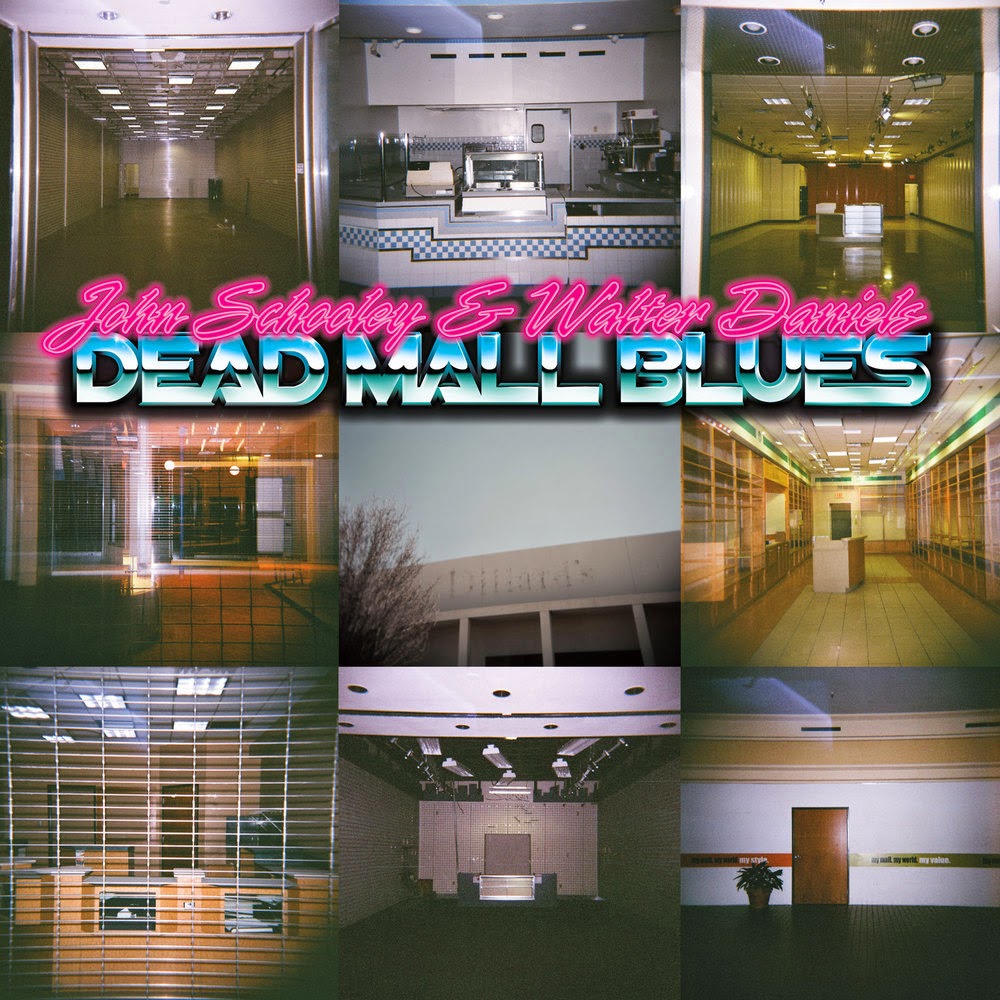 2. John Schooley: The Man Who Rode The Mule Around the World
and
John Schooley and Walter Daniels: Dead Mall Blues


John Schooley is revered as one of thee great "one man bands" currently kicking up polluted dust out there in the rawk and the roll.   Walter Daniels (the most evil harmonica player in the world) has blown out yr speakers for years on all yr favorite scuzzbloozerawktrash albums.  What the hell happens when they meet up?  Nirvana? Salvation?  100 virgins?  Or...2 rekkids of garbage collection perfection, apocalyptic destruction and back porch wobble, sugar cane bonfire, and shimmy she wobble gutbucket glory.

The Man Who Rode the Mule Around the World busts the jukejoint wide open...the typical one-man band joined by a few folks with embellishments, and Walter Daniels huffing fumes over the proceedings....but ultimately a man and his stomp box'n'bloody stringed hollerin' careening over shack shake spizz fried junkyard cowblooze.


John Schooley: Pray For the Lights to Go Out (mp3)

John Schooley and Walter Daniels: We Got to Meet Death One Day (mp3) 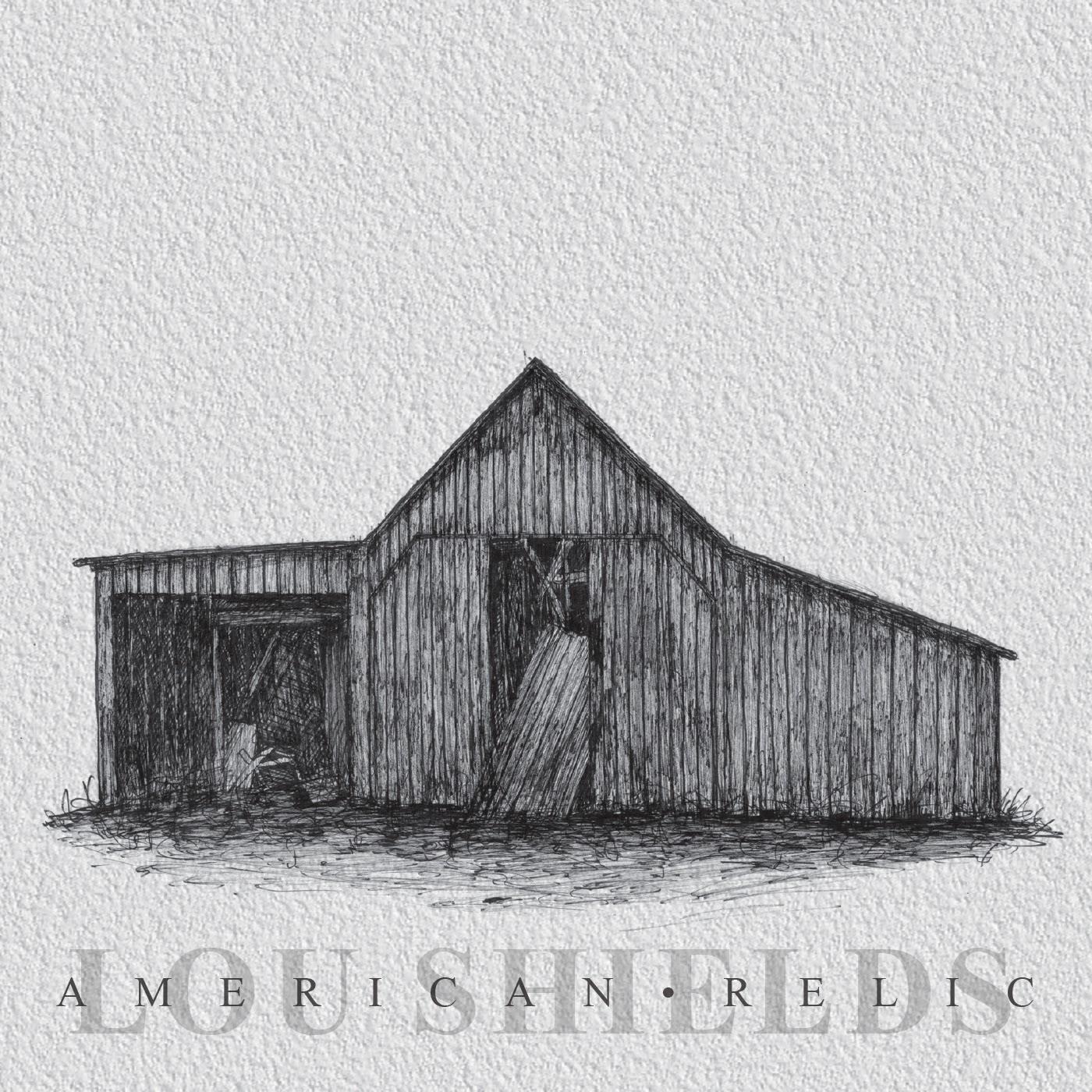 We hope to have an interview up shortly on Mr. Shields, where we can discuss his unique vocal style and his amazing array of home-made geetars and rhythm devices.  It's some truly fascinating stuff.  For now...

A record full of travel, a restless heart, the highways sepia toned and blurring by, from back porch to back porch, front porch to front porch, along the hard-bitten gravel and tar-smoked white lines.  Yelped Appalachia skate park wheel burn meets cotton fields fresh and prickled, meets western mountain range in love.  Almost every song is about movement, about nomad, about loss and finding of place.  Where we've been, stretching miles and caffeine strung, and where we're going, wide open and full of promise and discovery.  A stunning, and, dare we say, important rekkid, a travelogue of a disintegrating way of life, one viewed keenly and full of hope.  Stay tuned...we've got more to say on Mr. Shields. 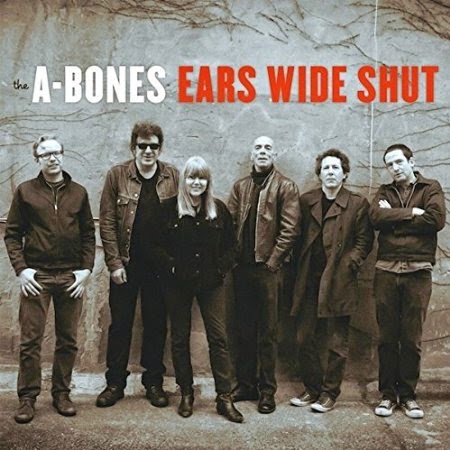 
What we said earlier this year:


Legend suggests this rekkid was recorded in one day (produced by Yo La Tengo's James McNew) at a rehearsal space (Superb Owl), and live in one take...which is exactly what the world needs.  The first track alone, a cover of Heinz's"Questions I Can't Answer" , kicks off with the words "ready" and a squalling spooge-soaked geetar freakout before turning on the jets and blasting out a screaming rawk slab of sonic goodness, with a frenzy of snot vocals and tribal pounding, it leaves yr speakers destroyed and panting post-orgasmic trashcan copulation.
And that's just the beginning.  Running through a range of covers (some of which, we have to shame-facedly admit, we had to research) and a couple of originals, the rekkid clocks in under 40 minutes (remember when that was the proper time for an LP to last?) and that's a recommendation.  Complete and utter destruction, loudnfastnouttacontrol, distorted back and forth vocals between Ms. Linna, Mr. Miller, and Mr. Kaplan (see, particularly "Luci Bains", an out and out destroyer),  beat, beat, beat in primal sex explosion, oh yeah, everything gonna be allright, skronking sax (courtesy of Stan Zenkoff), organ, electric piano abuse, nasty and dangerous.  Dangerous is important.
It's hard to single out a single song (other than the ones mentioned above)...it's such a piece of brief rawk...but "Little School Boy" with a lead by Miriam Linna (wailing to the break of dawn) and "Catahoula Stomp" (with insane organ) are contenders.  As are "Just a Little Bit of You", with it's menace and "Tulane", travelling dark highways. (next week, we'll have new favorites!).
The A-Bones are your favorite band, even if you didn't know it!  Man, we're sweaty just thinking about the rekkid, daddy-o!


Support the artists!  Buy their rekkids!  Vinyl will always be yr friend! 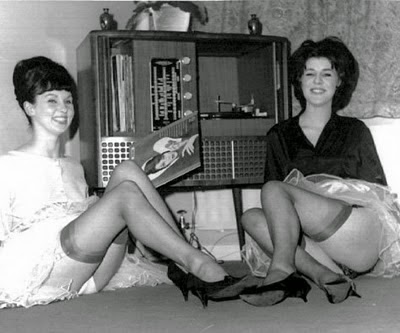 Part 3 (of 4) in Big Rock Candy Mountain's Best of 2014 list!   The rekkids that rawked our world, and moved our soul in mysterious ways (sometimes a bit shamefully, we must admit)!  It keeps gettin' better, folks, so wrap yrselves in tin foil, damn that pesky sun, stomp the earth off its axis and git yr holler on! 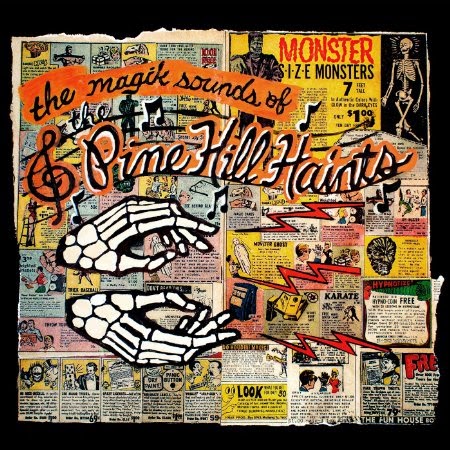 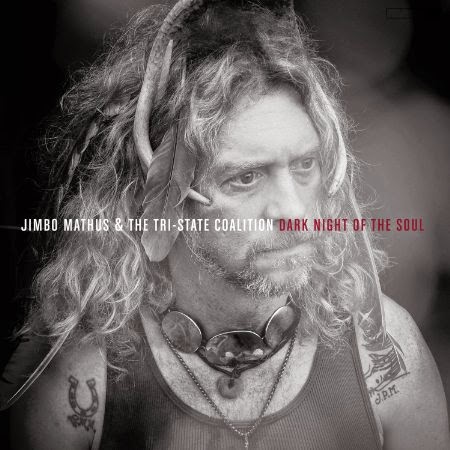 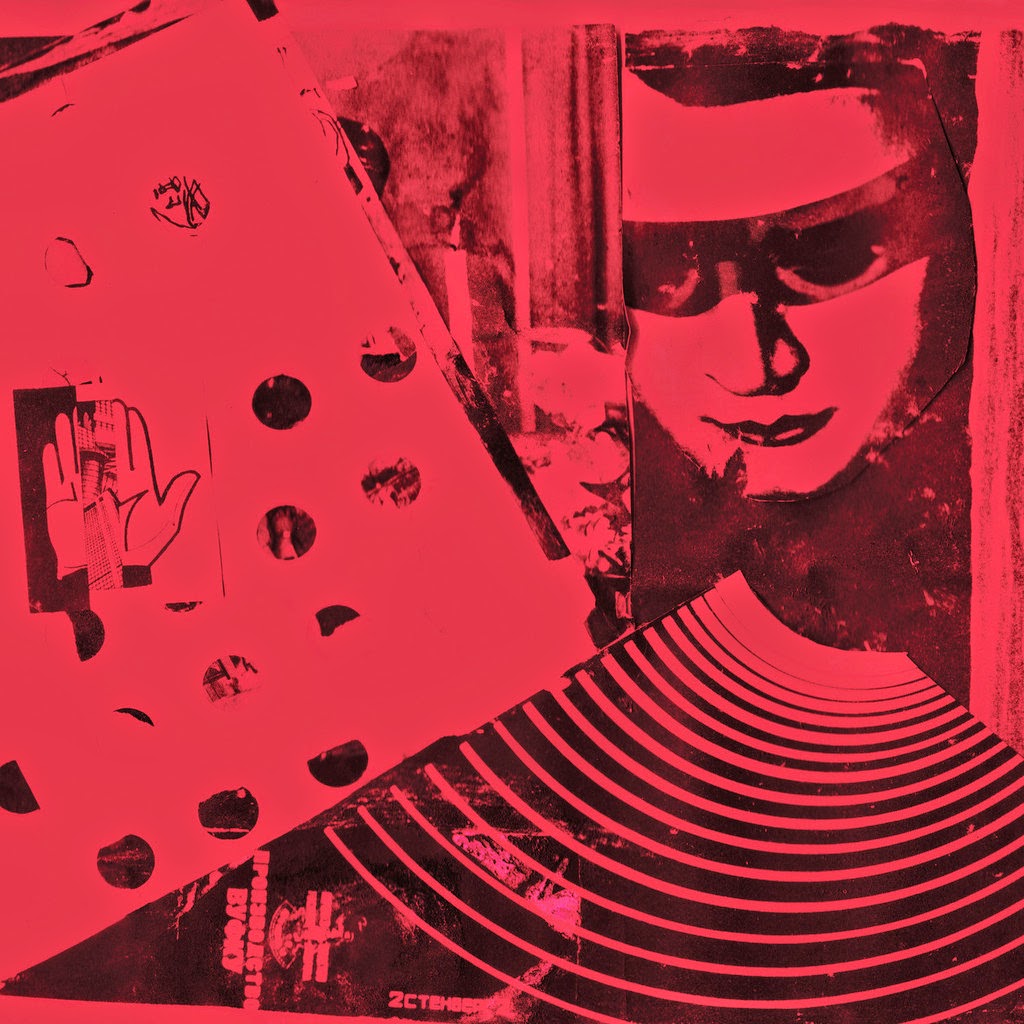 Angular scuzz, shout the cracked pavement distorted and shimmering, we own the night, soaked in bodily fluids, gauzy neon blinked and shorted, and blood...yes, blood.

Useless Eaters: Out In The Night (mp3) 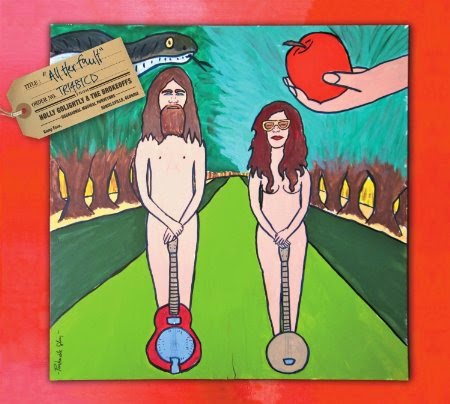 17. Holly Golightly and the Brokeoffs: All Her Fault

Ms. Golightly (and cohort Lawyer Dave) has been re-inventing the "old weird america" for years now (from her days as founder of the mighty punk Thee Headcoatees, and her own noir-soul solo rekkids)...each successive record in her exploration of  the kudzu back roads of 'Merica yields stronger and stranger crossroads, An equal parts kiss-off and love letter, All Her Fault is both a piss-take and a tribute (politics and style, successively). 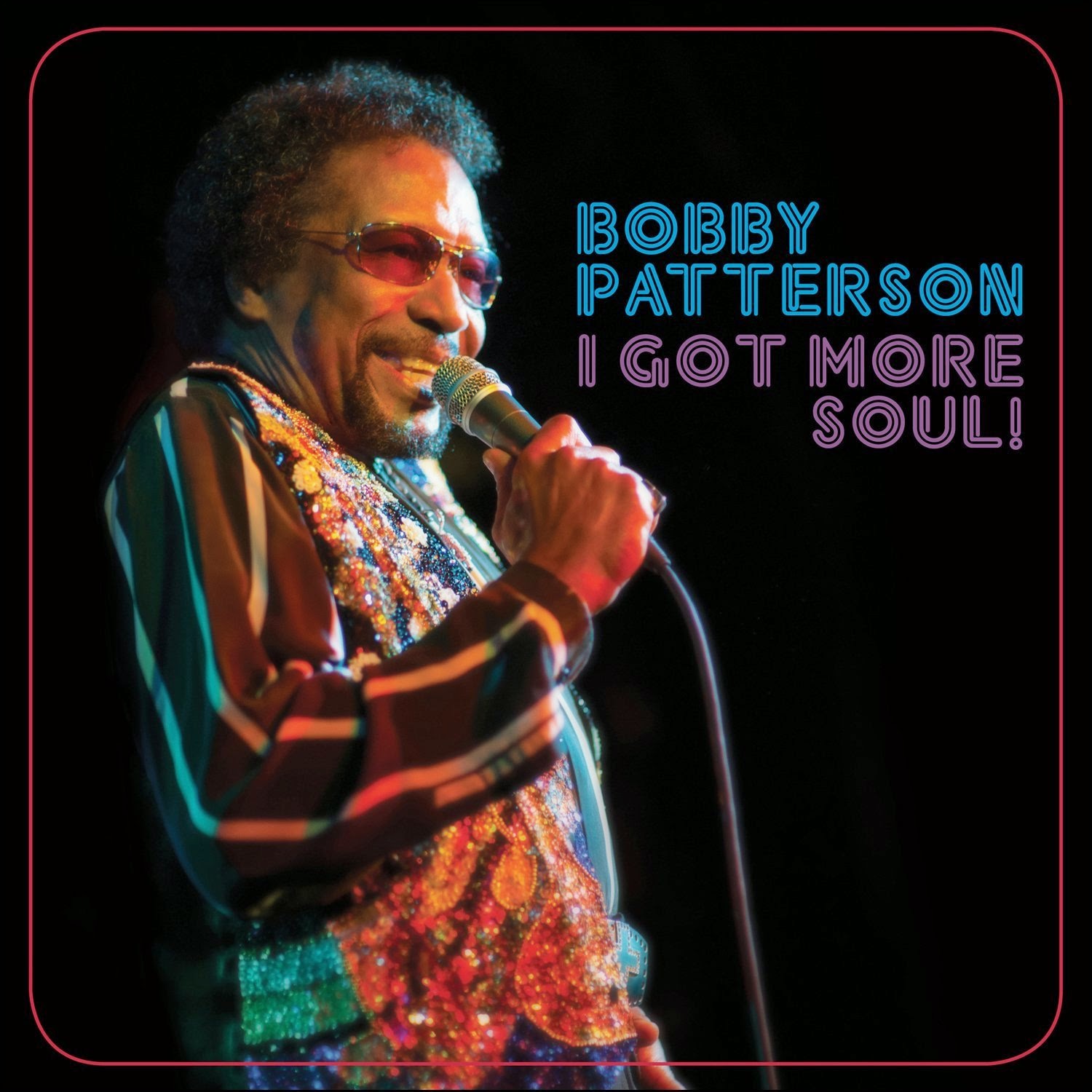 16. Bobby Patterson: I Got More Soul

Greasy curbside soul, baby, drenched in horns/organ/ scratch geetar, move yr hips, sway the dancefloor, get sexytime all over yr loved one, ass rubbed up to crotch swinging stomp, the night for loving, the morning for slow jam belief in tomorrow.


Bobby Patterson: Everybody's Got A Little Devil In Their Soul (mp3) 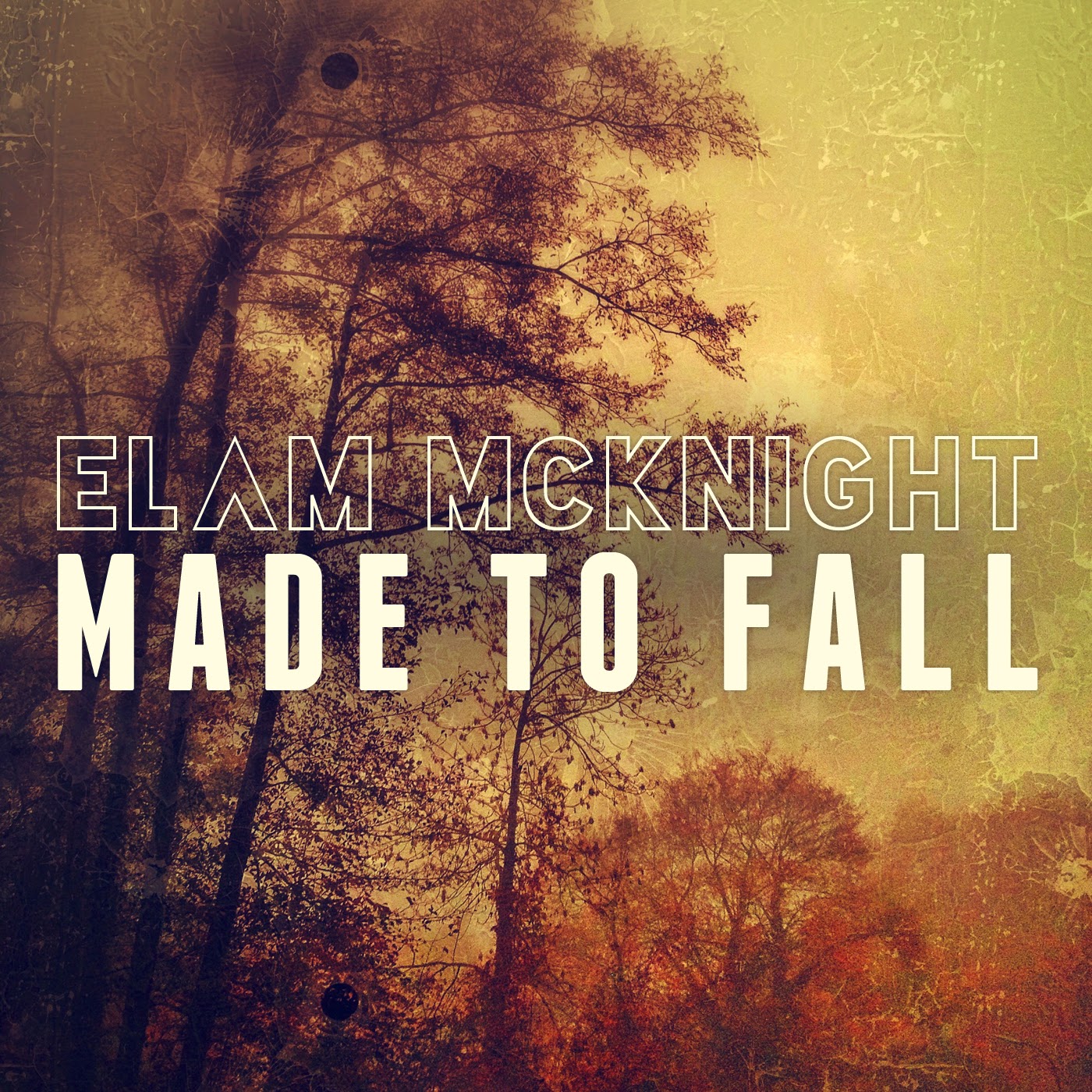 15. Elam McKnight: Made To Fall

Floorboards quaking, stomped and distilled gin vocals, joyous and sad, beats'n'roots cornstalk swaying in sepia, the underbelly and the last ember lighting the night sky....back porch on fire, sad songs swung groove, they mean so much. 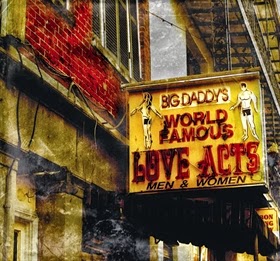 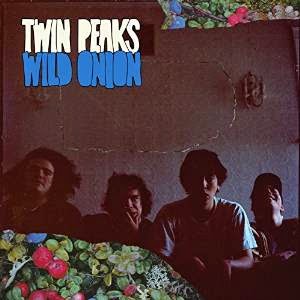 Chicago's own, the kids are allright, flat-lined garbage collection, the dirty streets grimed and littered with the waste of giants fallen, fuck that bullshit, doin' it our own gutdurned way, melody under fog and sweatin' spazz destructo melody...the World on the end of a string. 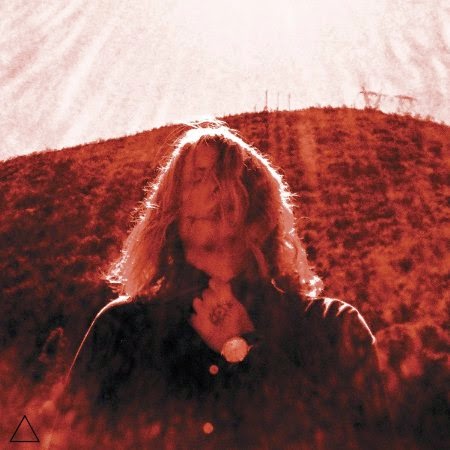 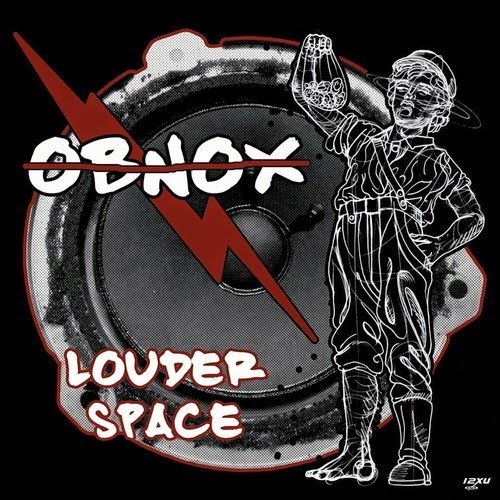 Yes, Lamont "Bim" Thomas is one half of the Bassholes, which should be enough, of course (not counting his work with The Puffy Areolas and The Unholy Two, amongst others)...but his solo work, under Obnox, has transcended side project.  Loud, destructive, distorto-exploded fuzz holler, kill yr idols blasts of noize'n' deconstruction thrash garbage pail blitzkrieg.  Take yr expected privilege and blow it the fuck up, White Cop kill young Black man, and Obnox gonna sear yr mind with caustic fuck you to power structure, all the while blowing speakers with sonic cataclysm.  This is only the tip of the proverbial iceberg....monumental sound loosed on an unsuspecting populace.  More, please....


Best of concluding soon....Please support all these artists, and more, yes, with yr dollars.   Bands aint playin' for free (would you pay yr plumber in "appreciation"?  No?  So why not the bands who endure shitty conditions and crappy promoters to "entertain" you...).  Don't be a cheapskate (cuz, you suck as a human being)! Give yr Love in something one can pay the bills in!