Trucks on a Plane 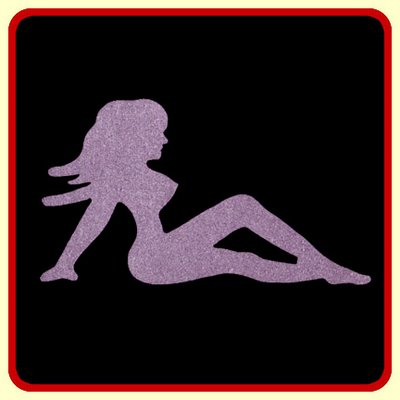 Dirty trucker. Mother trucker. Where the truck have I been?

I'm back, and as a gift, I'm going to revisit a familiar Mountain theme and obsession to make it up to all y'all. We love us some good tasty truckin' music, we sure do, and we've already ranted ad nauseum on the topic already. So kick back for a bandwidth-busting half a cd mix of rubber burning, white line chasing, diesel smoking, pill popping rig rock heaven. Most of the following aren't exactly seminal, but we're here for a good time today, not some boring ole history lesson that no one reads anyway. Pop these in yr 8-trackin' 18 wheeler and hit the road before the snow hits.

Hope the following will appease the patient while I begin relaunch number 33 1/3. Grab 'em quick, cuz once they're gone....

(This song features Jay Farrar of UncleTupeloSonVolt, with whom she's also done a fine version of "Rex's Blues". Hop on Kelly's truck here.)

(Well, it's Dave Dudley. And who hasn't lost a thing or two after a wee tipple?)

(More on Mr. Biram at a later date)

(Ok, I lied earlier. This one is seminal. Get your kicks with Kay yonder.)

(For more on my take on Del, head over to this diner booth)

(Not the version everyone knows, but Hank Snow's a personal favorite of mine.)

(Yeah, not "East Bound and Down", but I already gave you that a year ago. It's still from "Smoky and the Bandit", and, really, if you listen closely, it's basically the same song. Everybody loves Jerry Reed.)

(Queen of Country Music, queen of my heart. Who doesn't love Kitty?)

(I have nothing to say here. It's Moe. That's good enough)

(The doctor is in)

(I was raised as a big union supporter. Still am. Tex pays his dues.)

(Is it genuine, or modern posing? You got me. But I think the Planet Rockers are swell. Featuring Eddie Angel from Los Straightjackets)

(And with that, I'll let the classic tones of the Willis Brothers sing me into my own sleeper cab for the night.)

Please consider supporting your local, independent businesses of choice. Thanks. And thank you.
Posted by Brian K Reese at 6:56 AM 11 comments:

I Aint Missing You At All Since You've Been Gone 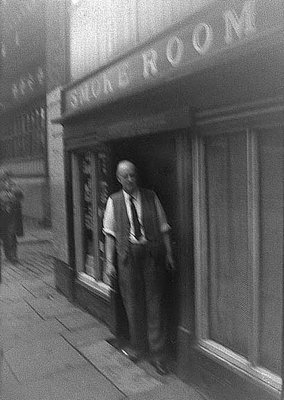 Actually I'm on a great deal of prescribed medication.

Just wanted to leave a quick note to say I haven't gone away. Between entertaining friends over Tom Waits week, followed by a nasty bout of sickness I'm just now recovering from, I have been neglectful of my free tunes duty. Sorry 'bout that.

I'll be back next week, and with the advent of Autumn, probably I'll be keeping a more regular twice a week schedule. Least 'til December, when I go completely insane. 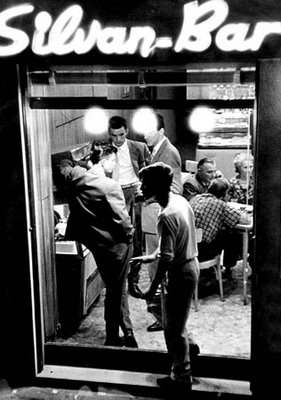 The Tom Waits show is tomorrow. We're gettin' prepared here at the Mountain. Thanks for the e-mails. It looks as if some industrious folks might have already set up a meeting place before the show here in Chicago at Hackney's (see the always fantastic Eyeball Kid for details). I'm a little peculiarized about the place they've chosen (great burgers...so so bar), but I'll probably stop by. There's better Waitsian (whatever that is) bars in the area. Ah, well. A drink's a drink. If you happen to be at the Chicago show, or at the aforementioned Hackney's and happen to spot a feller with a John Deere hat and scraggly beard, say howdy. That'd be me, the walking cliche.

Speaking of bars, and cliches...that's a convenient lead-in to benders.

And Ray Price, of all people.

But benders first. There are quite a few perceptions of what constitutes a bender. For the best take on benders you'd do well to check out The Modern Drunkard (originating from my former home, Denver!). Me, I'm not so keen on the whole fraternal take on benders. Benders don't involve a group of buddies getting together and hitting some dive bars in an attempt to drink themselves silly, ostensibly cheering up or holding up a down in the dumps pal. While that's certainly a fine venture, and necessary at times, it's not really a proper bender. Not to take the romantic view of the enterprise, though, it's really more of a solitary pursuit. A bender isn't defined by time. It's not a one night affair, followed by a hangover and the sudden realization that life's going to be ok, and shit, shave, shower, and off to work. It doesn't involve trendy dive bars and joyous "this is for my friends" banter.

A bender is a lonely affair, where the supposed "friends" are shadows that come and go in reflection on the bar. Not measured in nights or days, but in shots and bills on the counter, it's a giving up more than a grab of desperation. All taking place in the darkest corners, where the neon is a hindrance rather than salvation, and where the one night binge teeters dangerously close to a lifetime of beer stained elbows.

In Chicago we have what are called "old Style Bars". They seemingly have no name, but for the Old Style sign in front. They're found in neighborhoods, as opposed to the downtown (NikeTown) areas, as all things unpleasant are forced farther and farther away from the tourist areas. The windows are dark and clouded, usually with bars or 3-inch thick glass. Slumming frat boys and hipsters are not particularly welcome, nor would they find the glamorous underbelly that Bukowskiites would lead you to believe actually exists. The patrons of these bars are not there to tell you their fascinating life story, nor does such a story exist. There are no rat packers or mumbling mad poets. Just drinkers. And forgetting.

None of that, of course, is in any way intended to represent Ray Price, the man or musician.

Price, a member of the Country Music Hall of Fame, had a pretty fascinating career, from hardcore country honkytonker and friend of Hank and Willie, to swank balladeering that suggested the beginnings of countrypolitan. It was Hank Williams who helped Price get his big break on the Grand Ole Opry, lending him the Drifting Cowboys as a backing band. Price's most well-known hit was "Crazy Arms", a certified classic, and template for future country styling, A great writer in his own right, Price was also a brilliant interpreter, making definitive renditions of songs by Harlan Howard, Willie Nelson, Roger Miller and Kris Kristofferson. In the late 60's Price all but abandoned the traditional country he so strongly influence, opting for variety, including string sections, blues and jazz based material, and neo-pop. Never one to sacrifice individualism for sales or expectation, Price played what he wanted, however he damn well wanted to play it.

Now what the hell do benders and Ray Price have to do with each other?

I've included two separate versions of Price's "Night Life". Both are distinctive, and I have different reasons for preferring each, at various times. The song itself, written by and performed singularly elsewhere by Willie Nelson, is the ultimate fuzzy neon lights and dirty glass ode to the lost. "City Lights", another Mountain favorite, carries a similar sentiment, and is a presceint tribute to a disappearing landscape. "I Can't Go Home Like This" is by no means an important entry in either Country's or Price's canon. But it's a fun little tune about the after-effects of a night spent out a little too late. Not a bender song, but a nifty little tippler, nonetheless.

When the evening sun goes down
You will find me hanging round
Oh, the night life ain't no good life
But it's my life.

Many people just like me
Dreaming of old used-to-be
Oh, the night life ain't no good life
But it's my life.

Well, listen to the blues they're playin'
Yeah, listen to what the blues are sayin'
Mine is just another scene from the world of broken dreams
Oh, the night life ain't no good life
But it's my life.

Yeah, when the evening sun goes down
You will find me hanging round
Oh, the night life ain't no good life
But it's my life...

Support your local, independent places of business. Always say please and thank you.
Posted by Brian K Reese at 6:40 AM 9 comments: