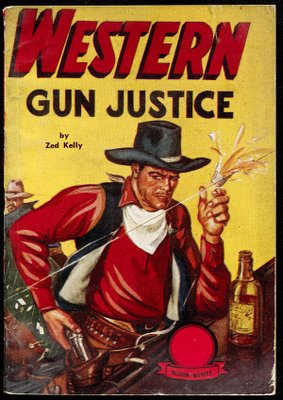 Hello. I am morally and intellectually confused. Just, you know, wanted to get that out in the open.

It's a funny thing. I'm always going on and on about how this or that artist is somehow forgotten, or isn't getting their due as compared to those they've influenced or who had more commercial appeal, or whatnot. I'd have to admit to being a bit short-sighted on that front, and a tad disingenuous. There have always been obsessives and collectors and, imagine this, just plain fans (y'now, folks who like music just for the sake of it being music that they like) who have kept the torches burning for a plethora, nay, untold thousands of so-called forgotten artists. Not to mention the bands and artists who are forthcoming to the point of negating their own creative impulses about the artists who influenced them. There's even a lengthier argument, which I don't have time for, that the internet, instead of killing the culture of obscure record collecting, as some have argued, has actually amped up the conversations and accessibility to artists not covered in popular media or played outside of the dwindling free form/college styled radio outlets.

Hardrock Gunter is one of those fellers I'd normally be ranting the aforementioned obscurity argument about. Truth is, Gunter's got his fair share of fans. Like Moon Mullican, Gunter was instrumental in transforming the sound of country, playing with tempos and pulling influences from outside the rural template, particularly finding inspiration in the rhythm and blues jukebox singles of the time. Gunter is credited by some as the first artist to give rock'n'roll it's name, utilizing the phrase in the single "Birmingham Bounce". An interesting interview with Gunter, overview of his career, and discussion of "Birmingham Bounce" can be found here.

Gunter's led a fascinating life, and I would highly recommend checking out his website for a full rundown of his history up until present (He's still with us, and has recently performed the odd date here and there), including how he got his moniker, having been born Sidney Louie Gunter. It's well worth your time. More so than hearing me rambling on.

But I'll ramble a bit anyway. Gunter may be the original rockabilly cat. At least the first recorded. There's always going to be an argument about who made who or what. But he's got a little western swing in his blood, as well, suggesting the current confusion in bands that borrow liberally from the country and western canons. And, again, his rhythm and blues influence runs smack dab into a honky tonk barstool. Combine all those and you have the generic template for rockabilly, and we aint saying anything new or revelatory here.

It's how Gunter kicks it that makes it great, how he bangs around the expected, surprises you, and gives you exactly what you thought you should get, but didn't think you could. It's wild, primal stuff, but honed by tradition, a contradiction and a revelation. From raveups like "Hillbilly Twist" and "I'll Give 'Em Rhythm" to the more identifiable mountainy fare of "I've Done Gone Hog Wild", you'd expect Gunter to be suffering from a multiple personality disorder, until realizing it all fits against the backdrop of an artist stretching themselves, too full of music to rein themselves in or square peg themselves into a demographic.

Essentially, Hardrock Gunter is a country mastermind, and he's going to kick your ass, and you're going to like it.

Gunter played with a variety of bands (The Pebbles, The Rhythm Rockers, The Pop-Corn Poppers, The Sunshine Boys, etc., etc.). The collections I'll Give 'Em Rhythm and Gonna Rock Gonna Swing Gonna Dance All Night, collecting his Rhythm Rockers sides, are highly recommended.


Hardrock Gunter and The Rhythm Rockers: Jukebox Help Me Find My Baby (mp3)