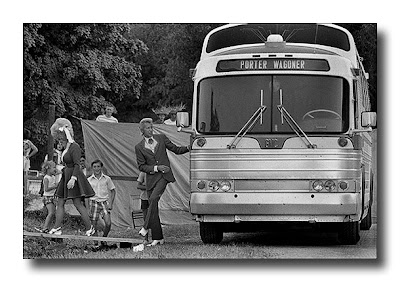 Big things afoot here at the Mountain. I'm full of unkept promises, but this one is coming to pass, and I think y'all will be right pleased. Really. Keep your eyes peeled over the next month or so. If you're a particularly snoopy individual, you can probably figger out where we're headed.

And, in a, ahem, completely and utterly unrelated note, our panel of special guest judges are busily poring through piles of wax to help me bring you the official Big Rock Candy Mountain Top 100 Drinking Songs of All Time. You're gonna want to get on your knees in humble praise to these folks when all is said and done, and shower them with gifts and hosannas.

What to do with Porter Wagoner?

These days Wagoner's probably best known as the funny looking skinny guy that gave Dolly Parton her big break on his long running tv show. Some would suggest he was also responsible for attempting to hog-tie Ms. Parton to his show in lieu of allowing her to find success outside of said show, and the narrow boundaries. I couldn't really speak to that, and I'd say Ms. Parton has done all right for herself over the years.

Wagoner has also produced some dreadful records. Sappy, unlistenable countrypolitan and a slew of country gospel albums better left to AM radio, where at least the hiss and crackle adds an otherworldly feel to the proceedings.

So why should you give a rat's ass about Porter Wagoner? Well he also made some super swell "hard" county albums in his day. Wagoner had a knack for tales about losers, alcoholics, cheaters, and the insane. No, really, the insane. See below for "Rubber Room", one of the shining testaments in recorded history for the mentally unstable. Performing in his Nudie suit, Wagoner takes these songs to a strange juxtaposed place, where the glitz of appearnce belie the desparation of the subject matter.

This post, believe it or not, is meant to be a recommendation for Wagoner.

Check out some of Porter Wagoner's older sides or collections. Some of which are only on vinyl, but "Rubber Room: The Haunting Poetic Songs of Porter Wagoner 1966-1977" , released last year, is a great place to start. Wagoner has a new album coming out this Spring, on Anti, produced by Marty Stuart. I'm ingrigued.

"The Rubber Room" is completely mad.

"Misery Loves Company" is a great drinking song, one you might see later here at this site.

The Dolly Parton/Porter Wagoner duet below is...well...it's an interesting song that could've been better served with slightly different instrumentation and production, but lyrically it's pretty nifty. And it's Dolly. Who doesn't love Dolly? 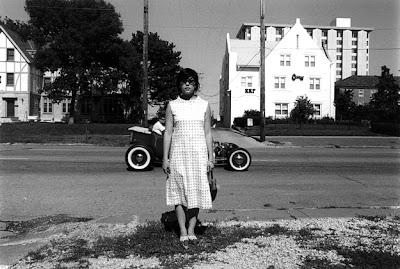 In case you're wondering, The Mountain did indeed manage to score tickets to both nights of the Pogues here in Chicago. Yay me. Tom Waits and the Pogues in less than a year. I can die a happy man. Though why they want to spend yet another St. Patrick's Day in New York is beyond me. Bastards. Hey, if you're gonna be in Chicago for their two night stand, let me know.


If you like your rawk a little trashy, a little rockin' bones, a little punky, a little snotty, and you think Esquerita and Charlie Feathers (or Benny Joy, according to them) are the true kings of rock'n'roll, then the fantabulous A-Bones are the band for you.


The A-Bones were formed by Billy Miller and Miriam Linna, who went on to start the Norton Records label, which if you're familiar with the label, should tell you just about all you need to know about the band.


In the words of Johnny Carson, it's Wild Stuff. Eschewing anything resembling pop production, the A-Bones make a noise in keeping with pre-Elvis rock'n'roll. It's nasty, beer-guzzled slop, raw and raucous, the kind of music for a shag or stag party. Mixing surf, rockabilly, rhythm and blues, and straight up trash can aesthetic, the A-Bones pay tribute to all that was good in the vinyl world before Pat Boone came along. Feeding a skronking sax, tribal sexbeat drumming, two distorted chords and a half truth through a funnel of devil doesn't care shared vocals, The A-Bones will, like, move you, man. Dance, girl, dance.

The world needs more bands like this. Unfortunately, the A-Bones are no longer together, in the strictest sense of the word. Alas. Come back, A-Bones, all is forgiven. Instead we're stuck with pretenders like the White Strokes, or sumsuch. Fortunately Miller and Linna are feeding the need at Norton, with some ace reissues of their A-Bones material, and a catalog of other rock'n'trash classics. 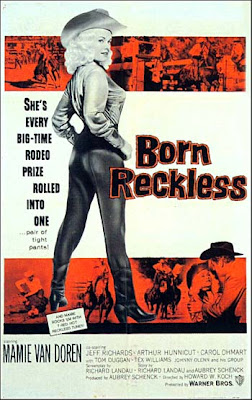 Once again, thanks for all your drinking suggestions. I'm overwhelmed, but in a very good way. I'll be taking submissions until the bitter(s) end, so keep 'em coming if you've got 'em. The panel of judges is selected, including a very special guest, so thanks to all those who volunteered.

It's the other Tex.


Tex Williams was probably best known for the classic "Smoke, Smoke, Smoke That Cigarette", written with (by?) Merle Travis, and featuring the rather retrospectively interesting lyric "It ain't cuz I don't smoke myself/And I don't reckon that it'll harm your health/Smoked all my life and I ain't dead yet." He can also be spotted in the occasional singing cowboy of the time.

Like his better-known contemporary, Bob Wills, Williams was a pioneer in the Western Swing tradition, melding a traditional and pedestrian style of localized popular music with a more "dance" and "citified" one. Fiddles gone crazy.

Williams' style was more conversational than Wills, and this may have led folks to dismiss him, in retrospect, as more of a novelty act than a serious purveyor of the origins of Western Swing. Which is too bad, because Williams is a hoot. And he's no slouch when it comes to getting bodies on the dance floor.

It's common, of course, to focus on the legends, such as Mr. Wills, and forget about the fringes that circled and helped influence the larger stars.

None of which is to lessen Williams' impact or talent. He's damn good, and worthy of the attention of any lover of Western Swing, or just great party music.

Tex Williams: That's What I Like About the West (mp3)

Tex Williams: I Got Texas In My Soul (mp3)