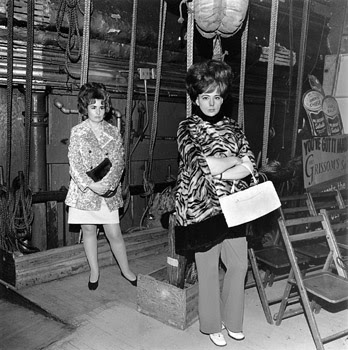 Hey! What are you doing on Friday, July 6th? Are ya gonna be in Chicago? The Mountain, in conjunction with fellow Chicago bloggers Songs:Illinois and Can You See The Sunset From The Southside are proud to present our first live show at the South Loop's finest joint, Cal's Bar. 3 fine bands (The Gunshy, Frontier Ruckus, and Satellite 66), cheap booze, and a chance to meet your favorite Chicago blogger face to face and tell them what a pretentious prick they really are. More info as we get closer (good god, it's only a week and a half away). Circle the date on your calendar.

We're still trying to pimp our new all things drinking mp3 site, Barstool Mountain (where we've been posting much more regularly over the past couple of weeks), so today at Big Rock Candy, we're gonna post about a feller who's true home is over at the Barstool. If you like Jim Ed Brown, then Barstool Mountain is the place for you.

Jim Ed Brown began his career in the 50's with members of his family under the creative moniker, The Browns. Eventually outgrowing the rather bland harmony-laden constraints of the vocal group, Brown set off on his own.

While his biggest successes came in the 70's, Brown hit the ground running in the mid-60's with the classic "Pop A Top", which recently placed at #61 in the world famous Big Rock Candy Mountain Top 100 Drinking Songs list. "Pop A Top" contains, easily, the best first 1 1/2 seconds in recorded history. The rest of the song is pretty gol-durned swell, too. It's a classic late night bar lament, where last call's coming, but the girl aint, if you know what I mean.

Please support your local, independent bottling factory.
Posted by Brian K Reese at 7:00 AM 3 comments: Links to this post

Leader Of The Pack 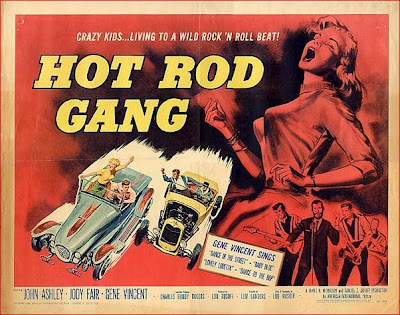 Just so you know, we've finally got our first "official" post up over at Barstool Mountain. If you liked our Top 100 Drinking Songs list, or just songs about drinking, that's the site for you. We'll keep is as fresh and non-skunky as possible. Check it out.

If you're not familiar with the name Mary Weiss, you're at least tipped on The Shangri-Las, the classic "bad girls" of 60's girl groups of whom Weiss was the lead singer. You know, "Leader Of The Pack".

Weiss has a new album out, her first in...well...a really long time. Our good friends over at Norton Records figgered it was about time the world got another listen to Ms. Weiss, and, lo, it came to pass that she was paired with Greg Cartwright and the Reigning Sound on her new album "Dangerous Game". Cartwright may be more familiar to us fuddy duddy's as Greg Oblivian of, well, you know, The Oblivians. I've rambled about them before, and will do so again, to be sure.

Weiss has a voice that makes good boys squirm and nice girls say their prayers. It's been places you can only dream about, and there's kerosene in those pipes. She's still pissed, still been done wrong, and still not willing to sit back and take it. She's got what some would call an attitude problem. And we like it. Teenage riot in the adult world.

The Reigning Sound provide the perfect backdrop for Weiss' vocals. With Cartwright writing the bulk of the songs, the band layers on with organ drenched, tambourine shaking, rocknrollgaragepop. It's almost sunny, a perfect summer album for the newly broken-up and lovelorn, with a noirish heartbeat.

There's been a clutch of rebirths and comeback albums over the years, with varying degrees of success. Some sound simply rote, with a name producer at the helm attempting to breathe new life into a tired sound that has forgotten how to be hungry. "Dangerous Game" is not one of those. It's as if the past 40 years were compressed, and Weiss picks up right where she left off, all rebellion and shimmering chrome.

Mary Weiss: Tell Me What You Want Me To Do (mp3)