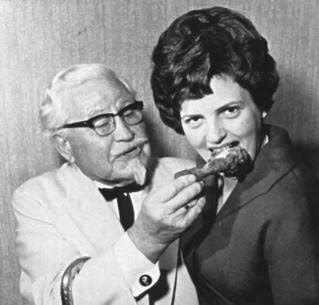 Ok.  Insane Holiday/Xmas/Whatever posts start tomorrow!  Daily posts from now 'til the end of the year!!  The very best of non-traditional Xmas music, designed to stir the soul and loins.  Followed by our world famous Best Of List.  The War on Christmas (tm) starts in less than 24 hours.  Can you handle the excitement????

But first,  let's take a few minutes to revel in the glory that is the new record, II,  from Mountain fave, Chicken Diamond!

Haulin' devil-boogie junk in an Ed Roth jalopy,straight outta France, this is a record that burns, deep hellfire blues and gasoline vapor trail.  Chicken Diamond, his very unrighteous self, kicking voodoo sleaze across a dirty horizon,  howling and gnashing for your soul, blurred bluespunk, one man prophet, the pedal goes down and it's straight to the cliff of damnation, jeering the whole way.

The record kicks off with two stoned fuzzed ravers, "Disappear" and "Gold Rush", where Diamond peels off layers of skull, deep amphetamine revved up geetar fuckery, the smashed gravel vocal and primordial rhythm busting transistor tubes, hallelujah!  "Rock 'n' Roll People" starts of with a blood curdling scream and proceeds to fuck yr innards to jelly, and we dare you to defy it!

What's most interesting is when Diamond slows the pace, the distorted yowl still there, but taking on an even nastier menace, like the man who has been in your bedroom, watching you sleep.  Tracks like "Highway", "Get Town", and, most particularly, "The Gone" are haunted, visceral lamentations, in the most biblical sense, a fatalistic sense of menace and dread filling closed, almost claustrophobic spaces, daring you to enter a chamber of bad dreams and regrets that tug at darkest thoughts.

To that end, "The Gone" is the most chilling track, with Chicken Diamond intoning, over and over, permutations of "Thrill is gone/its gone away from me/Girl you done me wrong/you'll be sorry someday".  This isn't a lament, it's a promise, and over a hypnotic, distorted, guitar line, with the sparest of thumping rhythm behind it, Diamond proceeds to shred the very nature of evil, and the roles we all play within.

Damn, it's a good record.

It's called II.  It's by Chicken Diamond.  It's put out by Beast Records (on cd (ick) and VINYL!).  You'll be challenged to hear a better record all year!

Xmas tunes start tomorrow!  Come on back for a visit!
Posted by Brian K Reese at 8:30 AM 2 comments: Links to this post

I Thought Turkeys Could Fly 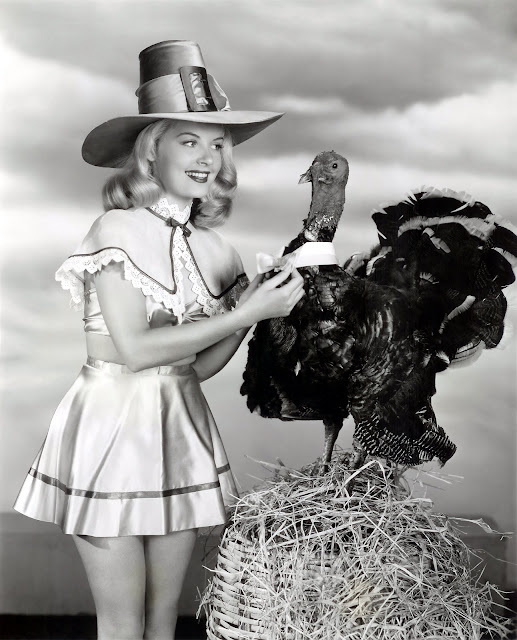 Well, this year's been sort of a bust, hasn't it (posting-wise, at least)?

We'll try to make it up with the world famous Holiday posting coming up soon (to those not in the know...daily posting starting shortly after Thanksgiving...with tons of non-traditional xmas songs, followed by our "keen" insights (ahem) on the best rekkids of the year)! Got a few more artists we want to cover before then, so cross yr fingers that we can fit 'em all in before the Holiday Madness.

Some special Thanksgiving tunes down below, but first, a public service announcement...

One of the things we're most thankful for in life is Norton Records, keepers of the flame, label extraordinaire, rock'n'roll oasis.  One of the most essential labels out there (just look at their mind-boggling catalog), and one of our favorites (you'll see a few of their rekkids in our best-of list). Hell, Esquerita is on their home-page.  And Hurricane Sandy hit 'em, and hit 'em hard, with their Brooklyn warehouse suffering extensive damage, and a massive loss to their entire catalog.  Efforts are underway to recover what they can, but they need our help.  They are asking for donations to help preserve the massive level of rock'n'roll goodness that they have spent so much time and money preserving.

If anyone has a few dollars to spare, to help preserve a national institution, please consider donating.  To sweeten the pot, I will make a personal mp3 mix for anyone who can donate whatever they can.  Just let us know you donated, what type of mix you want, and we'll get to work!

So, then, a few Thanksgiving tunes, though not very respectful, to help y'all through the most aggravating of Holidays.  Sometimes there really is too much of a "family" thing.  Cynical?  Who us?