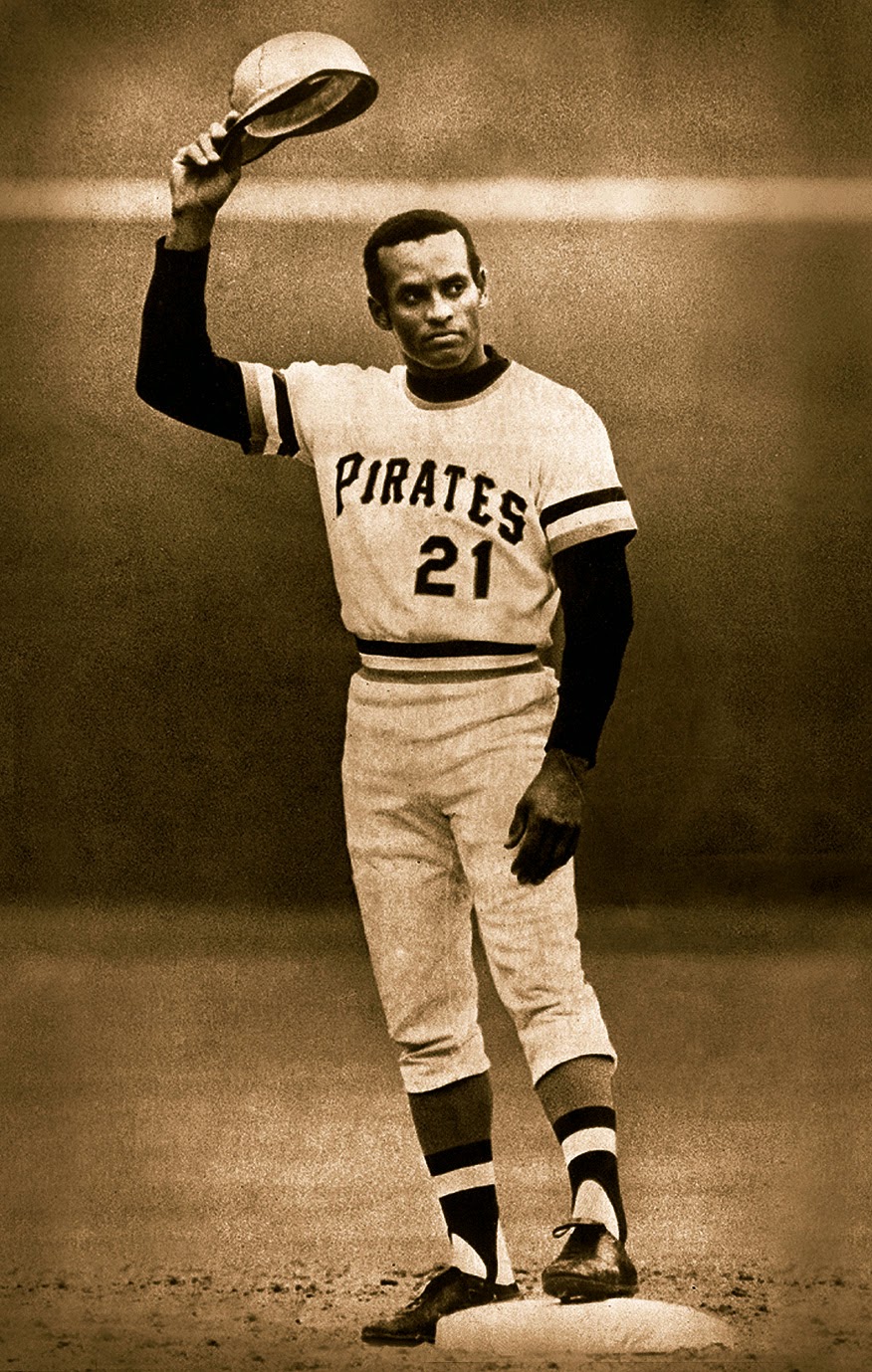 Opening Day!!!!  My beloved Pirates may (or may not, gotta cover our, ahem, bases) not suck for a second straight year!

Baseball is a weird thing...so many hopes and dreams caught up over a 162-game slog...it's the beauty of the game.  We root for that which identifies us on almost every night of the Spring/Summer/Fall.  It's a long, protracted demand on our attention span.  Yet we identify, whether it be the lovable losers or the ascendant team with money and talent to burn (but always fails expectation).  Somewhere there is a magical formula, and nobody has quite figgered it our yet.

The green grass, the clean, for now, uniforms, the tiny white ball that can perform magic in the air when released.  A bat and a person, standing with purpose, defying the laws of gravity.  The mystical catch, sliding and glove up.  The sailing home run, beyond the reach of fans.  The small ball glory of a grounder into a double or triple play.  The bloop that sends a runner home. The slide and hustle of a stolen base. The fans, hats turned upside down and backward, believing, as if the very collective can will the course of fate.

And, of course, we all hate the Yankees, except, of course, for the great players they've fielded...them we jealousy respect.

Baseball.  The stuff of fields of dreams.  No time clock, no metronome.  Just the moment...batter vs. pitcher...the age-old conflict.

The tip of the hat, then.

A Six Pack, then (because baseball and beer are eternally entwined).  Some of our favorites.  Enjoy.

And Roberto Clemente will always be the greatest Baseball player who ever lived!


Support your local farm team!  Who knows what legend will arise!
Posted by Brian K Reese at 8:30 AM 2 comments: Links to this post

High on Whiskey, Low On Class 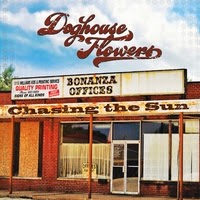 Lots and lots of "alt" country out there.  Conversely, lots and lots of so-called "traditionalists" out there who take a neo track and suppose that their Country band or artist is more real than the band or artist that they disapprove of, mostly based on scene politics.  We all like to feel special about ourselves, and we assume a qualitative stance.

At some point there needs to be a come to jesus between all these factions, and we need to allow that a definition can be broad.  Country Music seems to be much in a muddle these days, trying to define itself...from the defenders of Nashville good-time "hat" music to the adherents of the independent pedal steel and fiddle back porch yodelers.  Country Music is a very unique institution, very American in some respects, yet beholden to European musical tropes of old.  Yes...you drank too much.  Yes, you have a pick up truck and a dog.  Yes, he or she cheated on you.  And, yes, you can boot scoot a boogie.  And none of that is wrong...it represents a very unique take on life.  So wipe it away, kick yr boots up on the dusty stereo and like what ya like...don't let anyone tell ya different.

So, then, The Doghouse Flowers....who will never be yr hipster approved Cowboy band, and that's a good thing, because what Country is...is not static.

Somewhere there's a bar, and you know what bar it is, because you've been there, and you had a great fuckin' time....and the Doghouse Flowers were playin', and they made the soundtrack of your night. Maybe you got laid, maybe you didn't, but you could have....because the band was so goddamn tight and they spoke to you in yr alcoholic haze and the sawdust floor bounced a little, and the dancin' was a right, and she was wearing that gingham dress you loved so much.

On their new rekkid, "Chasing the Sun", Doghouse Flowers conjure a wide open plain, perfect drivin' music, the road long and the soundtrack to sun-up and sundown.  Lead singer Justin Reuther has the yelp and twang of a master, twisting and hollering,  going deep when needed, and cutting loose on the rave-ups.  Like yr favorite whiskey, it's comfortable and familiar, yet always a bit surprising...this cat could put most of Nashville to shame if they didn't rush to embrace.  Yeah, he's that good.  Mike "Buddy" Budde (Drums, vocals), Brian Scheehle (electric guitar), and Jon "Johnny Z" Ziegler (bass, percussion, vocals) form a core of brilliance, swinging when needed, and holding back when the mood demands...a first-class band at the top of form, soundscaping a pick-up truck's worth of boogie and hay-bale stomp.  And we would be remiss if we didn't acknowledge the pedal steel brilliance of guest Leroy Deuster and the greasy groove of keys-man Matt Meixner.

All of this holds together in tunesmith, which you don't care about...how does it rawk yr world?  The rekkid kicks off with one-two punch of "Meet Me in Milwaukee" and "Gone", rollicking sand-blasted booze-infused honky-tonkers, good times and regrets.  "So Wrong" swings ya round with a late 60's truckin' passage, and lives up to the promise with a long view.  "Chasing the Sun" is a pedal steel lament of road weary drivin' situation that will break yr heart and leave you holding the one you love. "Too Old To Learn" and "One More Try" are the weepers, sticky vinyl seats and regret...the very thing that raises yr bourbon glass, and wishing you had been so bold as to rise and take the bow.  Finishing off with "All You Have are Yesterdays"...the perfect ending, a rave-up, regret meets defiance, and twanged out into fuzzed out joy.  The very loss into defiance.  Phew.....

It was almost impossible to pick a particular tune to share with ya....so we gambled on one. Doghouse Flowers are an independent band that deserves yr love...give it to 'em.  Bar band Country better than you've been led to believe.  It's early yet, of course, but one of the finest releases of this early year!

Support all artists....put yr money where yr download is! 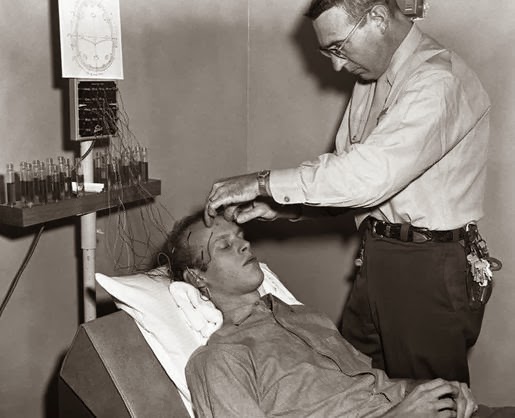 Took some time off after the Xmas and Best of Lists....now let's kick it!!!


Today, a little relief, with the Best Song Ever Recorded (at least for now)....

Well, it's Willie Dixon with an incredible assist from Koko Tyler...good heavens...jukejoint sleaze meets r'n'b glory....nasty sex 'n' grooving, noir-ish slow organ and down low night-time lovin'....baking bread risin' in sin and Willie and Koko got some creepy ideas, red light district honking and hollerin'...god and the devil and the white coated psychiatric doctor pushing in yr door...mind playin' tricks on ya!

No patients were hurt in this post.  Support the artists!


Posted by Brian K Reese at 8:30 AM No comments: Links to this post