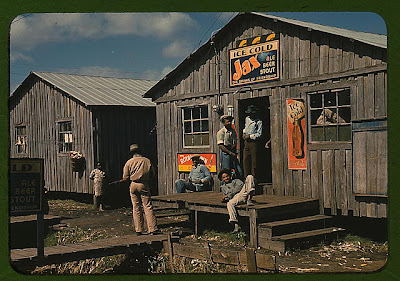 Just out of curiosity, what exactly is a "fruited plain"?

Thanks to all those who sent yr demo's our way. Response has been pretty massive, so we're still working our way through 'em. If you haven't heard from us yet, please be patient, we'll get back to all y'all. And the call for submissions is still open, and will continue to be so, so send us yr lo-fi, bargain basement demo. Your next great honky tonk/rock'n'roll/blues/trash hit can be sent to: foggymountainrecords@gmail.com.

Can't believe it's been 10 years since the release of our fave rave Fat Possum record, Takes One To Know One by Elmo Williams and Hezekiah Early. And to celebrate, we've got a brand spankin' new 10", American Made, from Elmo and Hezekiah, courtesy of Big Legal Mess Records.

If you're not familiar with Williams and Early, the first thing you should know is that this aint no pussy ass watered down blues ala Stevie Ray Vaughan and BB King. No sir, this is Natchez,Mississippi jukejoint Blues: raw, primal and with shouty bits.

Both Williams and Early were well known around Mississippi and Louisiana dives for years (Williams was born in 1933, Early in 1934), with Williams cutting his teeth at the legendary Haney's Big House and Early befriending the likes of Papa George Lightfoot and Muhammad Ali (!?!), before forming his own combo Hezekiah and the Houserockers.

Somehow Bruce Watson over at Fat Possum got a notion these two fellers would make some pretty swell noise together, and we ended up with one of the best Blues records of the past 30 years.

What we get on "Takes One To Know One" is a primal howl. Elmo Williams pulls off shreds of nasty, distorted blues junk from a guitar that one can only imagine has been greatly abused, with tuning a mere afterthought, if a thought at all. Tin and mud. Grease and garbage. Early's drumming is tribal, pure rhythm and mayhem, led by the pelvic thrust of sex and need. Low and dirty, snapped trap set teetering on the edge, Early provides the muscular thrust to Williams' songs. Look to "Mother's Dead" below for especial proof of Early's genius.

And then Williams sings. It's not a voice god would ordain. A rumbling yelp, a shout to the devil. Desperation and lust. A true filth and fury.

The whole record puts the Blues pretenders to shame, particularly the Jon Spencer/20 Miles faction of white-boy ironic blues. It's Blues the way the devil intended, pure rhythm and holler. Some other Mississippi-based Blues musicians have made a case for genius around a trance-like style (the majestic Junior Kimbrough), but Williams and Early make the case for Blues as a surging force, the banks of the Mississippi overrun, and there's a fire in the valley.

Elmo Williams and Hezekiah Early's new record, "American Made" is pretty goddamn kick-ass too. It's out now, it's brand new, it's a nice bookend to a classic dropped on us 10 years ago. Check it out.


From "Takes One To Know One":

Please support your local, independent tub thumpers and guitar shouters.
Posted by Brian K Reese at 8:00 AM 3 comments: Links to this post 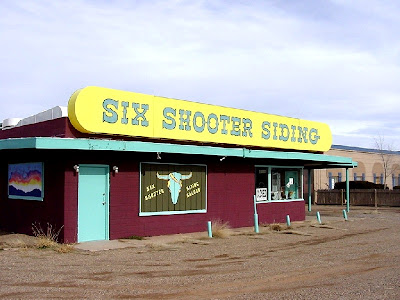 Now, before we drop the needle on our latest cover star, we figger it's about time to cue the drum roll on that pesky announcement we've been promising, and which has been taking up our time over the last couple of months:

We are currently looking for demos from unsigned artists, singular or band-oriented .

Yep, you read that right. We're encouraging folks to send us stuff. Doesn't have to be your own stuff, either. Got a favorite band or artist you think should deserve wider recognition? An artist who, for the life of you, you don't understand why they're not world-famous, and why the hell do those hoity toity record execs not make a trip to your neck of the woods, anyway? Maybe there's a busker or lone guy or gal picking and grinning on your street corner that you think is super-swell. The Mountain wants to hear about it. Who's your favorite honky-tonker, Blues shouter, or trash rock kings? Who do you close your local tavern out with every damn weekend? Send 'em our way. Shitty demo's in low-quality mp3's are encouraged.

Just, pleasepleaseplease, don't send us anything that doesn't fit within the parameters of what we generally cover here. Know your audience, as it were. No Indie Pop, generic "rock", techno/electronica, or hat-obsessed Nashville assembly-line treacle. Please peruse this site, and the types of sounds we're obsessed with, to determine if your band fits. We're probably pissing in the wind with that request, but we figgered we'd try.

Of course, you wanna know where to send these future all-star demo's? Our preference is that you send them to foggymountainrecords@gmail.com (damn, did I just give it away), but our regular email will be fine, jukejoint@gmail.com.

When a band assigns itself a name like Pure Country Gold, you gotta figger we'd at least allow the band a prick of our ears. And, boy howdy, are we glad we did.

Pure Country Gold is pure trash. Tasty, nasty and loud. And sleazy. Sleazy like the barroom floor at last call, you don't have to go home, but you can't stay here, and who're you gonna pick up to take home for a quick rut just to say your weekend wasn't a total waste, burning sensation be damned?

Yeah, it's that good.

Pure Country Gold aren't Country, per se. Not in the way we've been conditioned to think of Country, what with the hats and boots and good ole boy polemic-ism. Shit, I'm just pulling at (turkey in the) straws here. It's complete (glorious, sonic) junk masquerading with a name designed to confuse. But, they've got that sensibility, if you know what we mean.

Imagine some urban cowboy wandering into a local jukejoint only to be faced with this glorious racket, shit-amped guitars through busted speakers, some guy hollerin' wounded goat over the bluescowpunk mess. Feller would probably crap his Lee's and wanna start a fight with then nearest got-damned queer in a flannel next to him. By god.

Nah, it aint Country, not at all. You've been warned. But it could be if Hank downed some speed, dropped his twang, and hopped up on stage with the Oblivians. Or not at all. Hyper-amped, garage-fuelled, amphetamine muckity muck.

We came too late to name this one of our best records of last year. "Napoleon" is one of the songs that haven't left our rekkid player all this year. And Pure Country Gold have a relatively brand spankin' new E.P. out this year (from which "Witchtown" is taken), that's sure to make an appearance in our Top Records of the year down the line.


Please support your local, independent dive bar and honky tonk.
Posted by Brian K Reese at 8:00 AM 2 comments: Links to this post