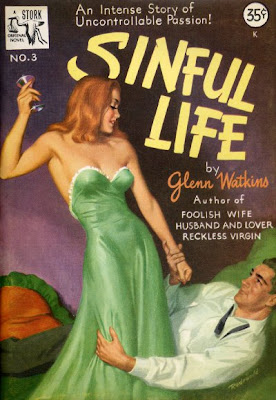 Blah, blah, blah. Where the hell have I been? Erm..the dog ate my fingers?

I'll blame it on a month-long St. Patrick's Day celebration, starting with the startling good Pogues show, where Shane was even in good form. Sort of. You know, for him. I used to make fun of folks who would go to "reunion" shows by the Eagles or whatnot. It occurred to me, as I was clutching my pint, hollering with the rest of the ruddy faced louts for the Pogues to come on, that I was suddenly attending one of those reunion shows I had snarkily dismissed in the past. I'm officially old now. I've always been cranky, but now I've got the age to show it. Granted, the Eagles are shit and partly responsible for the death of music, and the Pogues are godhead, so I don't feel too bad. And I'm not a biased, opinionated bastard at all, either.

The Top 100 Drinking Songs list is still underway. Some of y'all got me some good suggestions recently. I know I promised it by last last weekend, but...well, if you've visited here at all, you know how these things go. Within the next month it'll be up. Don't blame the judges/panelists. It's all me. To whet your appetite, and to give a preview of where this will all go, check out this. We've got big plans for that link. More later.

Where was I again?

I don't cover much Bluegrass round these parts. Dunno why, exactly. 'Spect it's just because it's covered more in a more in depth manner elsewhere. But I got a keen little box set, The Stanley Brothers: The Definitive Collection, sent to me recently that reminded me how swell The Stanley Brothers were.

The Stanley Brothers are Ralph and Carter. Ralph Stanley you're probably familiar with, via his continued great work with contemporary Country artists under the moniker of Ralph Stanley and the Clinch Mountain Boys (sorry about that picture). Carter died way too young in the mid-60's at the age of 41. Contemporaries to Flatt and Scruggs and Bill Monroe, The Stanley Brothers did not achieve quite the renown as those two other groups initially, but time has been kind to the Brothers. The timeless themes and breathtaking, breakneck musicianship of their songs have translated well over the years, enabling a revival of sorts, from Telluride to Chicago.

I've often thought of Bluegrass as music for movement. One envisions the plunking, whirling instruments transporting one through lofty, smokey mountains into deep valleys, moral allusions intact. I can hear Bluegrass through the hum of a motor, gazing from a window as the terrain passes by. What The Stanley Brothers achieve is a stillness within the movement, a tranquility of place in motion. One feels at once earthbound and transported, rooted and moving.

Of course, as in all Bluegrass, you get a little God vs. the Devil.

And, naturally, they weren't above a hoe-down either.

The Stanley Brothers: The Girl Behind The Bar (mp3)

The Stanley Brothers: How Mountain Girls Can Love (mp3)