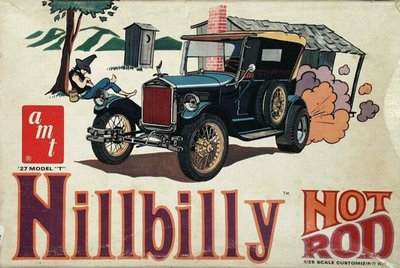 Just watched The Conversation, starring Gene Hackman, for the first time in about 15 years. Damn. Besides featuring what may be Hackman's finest moment on film (even over Popeye Doyle), it's a classic tale of paranoia and covert activity that is strangely prescient of certain activities that may or may not be taking place this very day. If you've ever gotten the feeling that you're being watched or listened to, that what you say might be used against you at an unspecified time or place, or you fear that Big Brother's creeping ever closer, this is the film for you. Hell, if you just like great acting, you might wanna oughta check it out.

But, anyway, this aint a film blog, and I aint nohow no kinda expert.

I've been dancing around a proper Jerry Reed (and what the hell's up with that photo...man looks like a knob)post for some time now, including him in two separate past trucking posts.

Born and raised in Atlanta, Reed was already a shit-hot guitarist (dubbed "The Guitar Man" during his subsequent time in Nashville) by the time he recorded his first songs at the age of 18. He recorded some forgotten, or forgettable, country and rockabilly sides in the 50's, with his best success coming off a Gene Vincent treatment of his song "Crazy Legs". During the 60's he released some pretty solid singles and spent his downtime doing session work as a guitarist.

Finally the 70's dropped and Reed hit his commercial and artistic stride with such classics and "Amos Moses" and "When You're Hot You're Hot", amongst others. Reed mixed modern Country and Cajun swamp trash, brewing a moonshine still's worth of tonky love.

Reed was never really included in conversations involving the Outlaw movement circling around Willie, Waylon, et. al, and his flirtation with Hollywood, with the exception of the immortal Smokey and the Bandit, suggested that maybe he wasn't too concerned with working outside the carefully drawn lines of the established entertainment industry. Who knows? But somehow his songs sounded different, more raw and alive than the usual Nashville fare. It's music for southern country roads, topping the century mark in a hopped up muscle car round dangerous curves. Or maybe it's music for beater pickup trucks, with the gun rack barely holding on. Better yet, a pontoon boat hauling illegal whatnot through a Louisiana swamp.

'Course "East Bound and Down" is a stone cold classic so far as we're concerned here at the Mountain. But you've heard that a million times by now (thanks in part recently to our good pal, amigo, Earl Hickey). So here's some other swampy garbage goodness tunes from the mind of Mr. Jerry Reed.

Please consider supporting your local, independent retailers.
Posted by Brian K Reese at 6:56 AM 4 comments: Links to this post 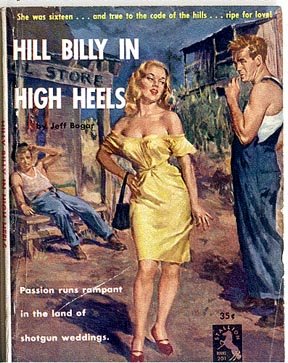 I got ya covered for your fix this week of crazed, one man band plinkers, pluckers, and bangin' hollerers.

In actuality, Harmonica Frank Floyd may not be quite so bangin' and crazed musically as some of his musical contemporaries like Hazil Adkins. And, well, he's not really technically a one man band, more of a guitar and, er, harmonica man. With peculiar vocal tics. Oh, those peculiar vocal tics.

Floyd got an early start in music, following, naturally enough, carnivals and, most importantly, medicine shows. These shows, typically used to sell questionable medical products, think Hadacol, were generally an anarchic series of performances and lectures, barkers and sideshow freaks. Floyd fit in well with this crowd, developing his slightly loopy style, approaching each subsequent show or rare recording session as an act, the soul shouting emcee, selling you a twisted boozy product of dubious believability, of swamp mosquitoes and peepholes.

Course the believability factor played a large part in his being signed to Chess Records in the 50's. Legend has it that Chess thought that Floyd was Black, and was greatly embarrassed, after releasing several singles by Floyd, to discover that he was more or less a white feller, with traces of Cherokee in his bloodline. A good ole boy, as it were. It's easy, I suppose, in hindsight, to wonder how this "mistake" was made. While Floyd certainly pulls from the Blues as an influence, his style certainly suggests more pull from the Country and Folk side. At best Floyd was an unsubtle stylist. At his worst, and it seems this would have been anathema to Chess, Floyd could sound like a poor man's black-face minstrel, something he surely had great exposure to whilst logging his medicine show miles. Hardly then, one would imagine, an ideal calling card for inclusion on the Chess roster. Who knows? If anyone has any further information on the whole Chess/Frank Floyd story, I'd be fascinated to read more.

Floyd was known to play his harmonica like a cigar, inserting virtually the whole damn thing into one side of his mouth and wailing away. Make of that what you will.

Why should you listen to Frank Floyd, then? Is the phrase folk trash already taken and safely compartmentalized into a nice Best Buy section of the music racks? It's, well, greasy and raggedy stuff, obscene at times, and certainly worth your time if you're a fan of the junk we spew here at the Mountain.

Edit: Got slightly scooped on Floyd, I just found out. Mr. Dan Fontana's got a video of ole Frank right here.

Please consider supporting your local, independent record store. If you've got the dough.
Posted by Brian K Reese at 7:00 AM 3 comments: Links to this post