Soon All This Will Be Gone 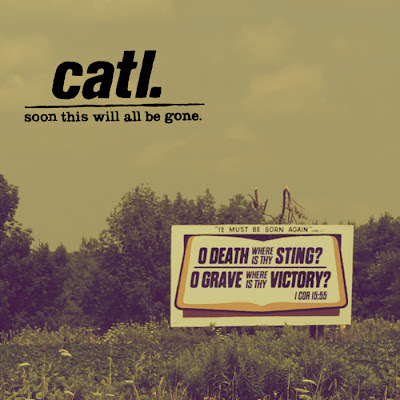 Well, hi there!  Where y'all been?

Special treat for y'all today.

Big news is that the Deep Blues Festival is returning to it's roots, taking place this summer at Bayport BBQ (owned and operated by Deep Blues Fest honcho, Chris Johnson) June 29th through July 1st!  Gonna be 27-28 bands including James Leg, Left Lane Cruiser, Reverend Deadeye, Molly Gene One Whoaman Band, Brian Olive (of the Dan Auerbach-produced Dr. John record), Possessed By Paul James, The Speaking Tongues, Danny Kroha (of The Gories and Demolition Doll Rods!!!!!!), and a host of others we're pretty keen on!  Y'all really want to make the trek, cuz, besides the fact that I'll be there, it's FREE BBQ for the entire weekend.  That just about pays for yr ticket right there.  We've got our tix already, and hope to see ya there.  No bitching about lame-ass fests like Pitchfork, Lollalapaovercrowded, or Cokesnortin'-cacchella, when y'all could be gettin' sweaty and kicking it jukejoint-style at Deep Blues Fest, where punk and blues have a two-headed fork-tongued baby, and call it rawk'n'roll, baby!

Oh, and there's another band playin' the Fest (in their 'Merican debut)....see below.

We've been howling in the wind and pouring rain for awhile now about Toronto's very own catl.  And they've got some great things in the works, including a new rekkid, "Soon All This Will Be Gone" (out tomorrow,April 14th) and a foray into the U.S. for some shows (Deep Blues Fest 2012 at Bayport BBQ, and if I do my job right, a Chicago date). You may also remember that we named their last rekkid, "With the Lord For Cowards..." the best record of the year a couple of years back.  So we aint messing around when it comes to this band.

The first thing you notice about catl's new rekkid, "Soon All This Will Be Gone" is that they've gotten louder and nastier... no generic "maturity" for this band, by which we mean they haven't gotten fancy, tedious, or embraced a mainstream attempt at gentrified blandness. No, quite the opposite.  This is a band, and a record, that wants you to fuck, drink, and get got-damn lowdown.

The next thing you notice is how brilliantly Sarah K ( Percussion, Organ, Vocals & Shakin' Around) is worked into the proceedings, moving from yelps, call and response, and occasional tambourine and keys on previous records that were more 2-man band-focused, and now moved to the forefront, taking lead vocals on several songs with her wildcat whoop carrying us further up and further into the promised land, and her organ and rhythmic shimmy infuse the entire record.

The rekkid starts off with a field recording-sounding joint, a quick burst of country blues courtesy of Furry Lewis, and ends with a similarly recorded take on "Goodnight Irene", drenched in church lady organ.   Both are brief snippets, and suggest a backwoods, muddy sound.  They're foolin' ya.  The second song, "Gold Tooth Shine" kicks y'all outta the shack and into the burning fields.  And it ramps up from there.

Tracks "Gotta Thing For You" (featuring Sarah K. on lead vocals), "Cinderblocks", "5 Miles", and "Get Outta My Car" (a Hasil Adkins cover, if y'all need a killer signifier) are blown-out tire, voodoo-kissed, burn the white-trash porch down ravers, all organ-drenched, harmonica blistered, geetar-fucked, rhythmic groovers, hollerin' and scuzzed, bleeding sweat and kerosene, white lightning and mad dog cocktail. Main man catl his very own self rakes the unholy coals of hell with his mud-stained voice a prophet.

"Talk Too Much Blues"  is a kudzu blistered hillbilly stomper, "He'll Make a Way" is a slow burning call and response duet  full of, dare we say, hope, a late night country blues built on god and song, salvation and belief.  A stunner that demands a slow drunken waltz with yr loved one.

The record, "Soon All This Will Be Gone" is a trashy glory of of an album, full of strange back road ramble, bruised, bloody, and anglin' for a fight.  Nasty, filthy gutter blues, ready to move yr ass and shoot you busted and broken into the night.

"Soon All This Will Be Gone" goes on sale tomorrow, April 14th.  You owe it to yrself to get a copy.  Just follow the linky link above!