Help Me Fake it Thru the Night 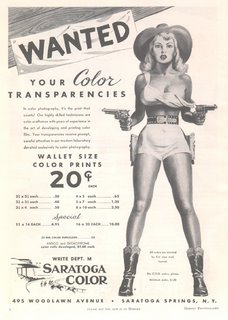 Sorry about that cockup with the songs on the previous post. The links are fixed, and y'all should be able get yer truckin' fix proper now. Let me know if'n yr still having trouble.

Here's another post about a musician you may be surprised we like up here on the Mountain.

I know I promised pre-70's country, but I'm cheating by just a nudge here. Technically, Sammi Smith started out in the late 60's, but she's best known for her hit from 1970, "Help Me Make it Through the Night." Written by Kris Kristofferson, the song propelled her(and him) towards a top hit and a Grammy or two. And we're real impressed with Grammys here at the Mountain. And that should have been just about it. Smith had only two more top ten hits, and sort of disappeared from popular entertainment. 'Cept, as most of us know, popular entertainment is rarely the full story. More often than not, it's not the story at all.

Thanks to "Help Me Make It...", Smith got the dreaded countrypolitan poster child tag slapped on her. And as countrypolitan went, so did those who practiced it. Straight to hell. But Smith was never a practitioner of that bland, citified urban cowboy crap. The laziness of journalists, A&R types, and critics placed her there. But Sammi had other interests, and other friends. Friends who went by names like Waylon and Willie. Yeah, Smith was much more aligned with the "Outlaw" movement and it's take no prisoners attitude towards the crap coming out Nashville. To put it in modern context, she was Sally Timms to Waylon's Jon Langford. A respect for the old leavened with a rawer, newer spin. It was this fatal "flaw" that made her poison on the charts, and virtually forgotten in quick succession. Too bad.

To keep the comparisons rolling, Smith was the link between "Dusty in Memphis" and Emmylou Harris' "Wrecking Ball". Her voice was sex, but not kittenish, more late night after hours, when the line dancing is done and yr headed back to her place for a nightcap from a bottle with an X on it. Soul filtered through Owen Bradley. So, forget about what you know of "Help Me Make it Through the Night" (which is actually a pretty darned good song if you isolate it from it's surroundings), and give Sammi Smith a spin on yr ole media player. Neither of the following songs contain distorted guitar, organ solos, ranting male strutters, or references to alcohol (one of those is not true...guess which one). Nope, just good old fashioned country. Make way for a lady.

Can't wait to see your Holiday list. Giddy up!

"Smith was the link between "Dusty in Memphis" and Emmylou Harris' "Wrecking Ball"."