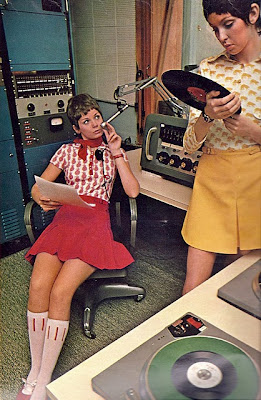 Welcome back.  Hope yr holiday weekend was swell and festive.

Due to unforeseen circumstances (trouble with our turntable and digital conversion, to be frank), we're pushing our Favorite Records of the Year list back a day, starting tomorrow.  But fear not!  We've still got some year in review fun for y'all today, in the form of our Favorite Re-Issuses Of The Year!  Hooray!

Re-Issues are tricky, cuz a great many of so-called "re-issues" are just albums you can find anywhere, just re-packaged with a few bonus cuts tossed in.  We can't really keep track of that stuff, and we're not sure they count, anyway.  So, the following 4 records are what we'd consider proper re-issues, things that have either been impossible to find (in non-digital format, if you know what we mean) or are somehow comprehensive in a form not released before.

Remember, these are our "favorite", and are not meant to cover the whole broad spectrum of tunes released this year.  We'd argue that we do exercise quality control when making these lists, but simply can't account for everyone's taste.  This is what we liked over the year.  We think these records are pretty keen.

Favorite Re-Issues of the Year (in alphabetical order)

"ESSENTIAL rock/blues/rockabilly/country/punk/crud! Y'know American music! "The legendary Gibson Bros. need no introduction. "Country" Jeff Evans, Don Howland, Ellen Hoover, and Dan Dow put the flag on top of the whole "twisted versions of obscure country and blues songs" hill. What we have in this Build A Raft 2xLP is a re-issue of the earliest of the Gibson Bros recordings. It's made up 2 LP's. The first LP is a meticulous master for vinyl that follows the original Old Age/No Age cassette format. It consists of a studio side that was recorded many long years ago in the village of Harrisburg by Mike Rep and Tommy Jay, and a live side that features material recorded in '85 at Bernie's as well as excerpts from a grade school Rock'n Roll assembly at Avondale Elementary. The second LP is made up of 6 bonus songs from the Harrisburg sessions, three of which were released on their rare first 7" on the band's own OKra records, the other ones were unreleased until now.

Put all of this together you get the definitive picture of the Gibsons pre-Homestead/SFTRI/Siltbreeze/ITR career! This is where their long and storied journey began... legendary stuff we're peddlin' here.

Gatefold includes some never before seen pictures of the Avondale Elementary performance. Both were LP's mastered for vinyl by John Hull at Musicol recording on his'44 Scully lathe."

A relatively obscure Rhythm'n'Soul'n'Blues artist to some ( R'n'B and Soul fans have been singing his praises for years), Syl Johnson gets a spectacularly deluxe treatment from Numero Group.  4 CD's and 6 LP's, plus an exhaustive booklet, the box set is almost as heavy as the music contained therein.  Plenty of wailing and groove, silky tearjerkers and deep bottom stompers.  Johnson has been sampled extensively by Hip Hop artists, and it's easy to see why.  For what it is, this set is very affordable, and the music inside is priceless.  Syl Johnson should have been legendary.  Luckily he's still kickin' and kickin' it, so there's still time.

We can't define "outsider" art, but we know it when we hear it.  Hamper McBee is  probably not a proper "outsider", but he carries certain tropes...

From the liner notes...

"Here is Hamper McBee, the ginger man of Monteagle Mountain. He's a fine singer, a hard worker, a hard drinker, a wildly funny storyteller, a semi-reformed moonshiner, and a general all-purpose life force in this end of Southeastern Tennessee. Here he is at his best, relaxed, among friends, working his way through a couple of six-packs, sitting in Jake Marlowe's big front room, telling stories and singing his songs in the way that has made Hamper a local legend, and has won him friends from Memphis to Johnson City."

Performing mostly without aid of accompaniment, McBee spins a wealth of tale and  trouble, traditional and dirt-shack ready.

Dead Moon.  Pierced Arrows.   The legendary work of Fred and Toody Cole, plus a variety of other musicians.  Both bands are worthy of praise, and we'll see a Pierced Arrows record later on this week.  But did you know they made a Country record?  Back in 1987?  Yep, sure enough.  Taking their stunning Garage/Punk aesthetic and filtering it through the sepia tones of Western music of days yore, the Coles preceded any of the current alt-country nonsense with a record both raging and hardwood honky tonk floor boot stompin'.  Mississippi Records were kind enough to bring this seminal record back into print on glorious vinyl.  The following song is not the one you're thinking of.

All the above records were released on Independent labels.  Please consider supportin' 'em and all the wealth of independent record labels and stores.  Lady GaGa approves this message.
Posted by Brian K Reese at 8:30 AM